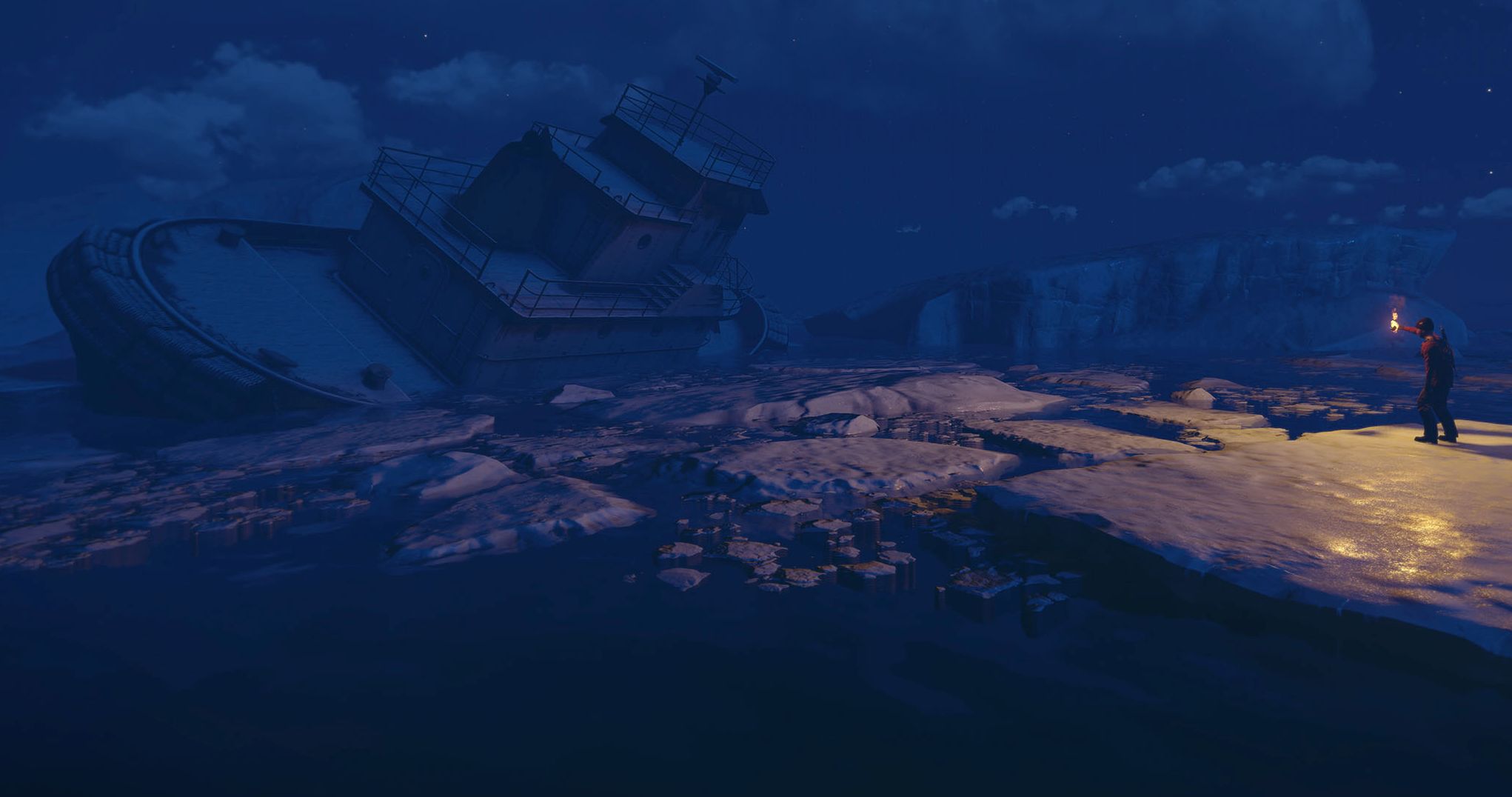 Halloween is over and winter is here, bringing a new North for you to explore, and a nailgun to protect you while you do. There's some major world and loot changes as well. This patch wipes the servers, but retains your blueprints. Enjoy!

Nailgun
Thanks to some quick animation work by Gooseman, I was able to implement the nailgun for this patch! It's a default blueprint, costing Metal Fragments and Scrap, and is intended to bridge the gap between bows and the revolver. I'm sure some will say it is overpowered, and others will say it is underpowered, but we'll know more by next week and release a patch to compensate. It has a 16 round clip and fires slow projectiles, so you'll have to land quite a few to do significant damage to an armored person, but this should be an interesting addition to the game


Loot Changes
As mentioned by Andre, we have changed how procgen works so that the 'better' radtowns spawn further away from the start zone. These radtowns are better because they either more of, or a higher probability of, better loot crates. The first pass is complete, but this will definately need more tweaking as time goes on.

One thing you'll notice a new Basic Crate found at gas stations and supermarkets. This crate contains at least one workbench tier 1 item, with a chance to spawn two.

Forgive the art, we are currently in the process of concepting and producing a real version. 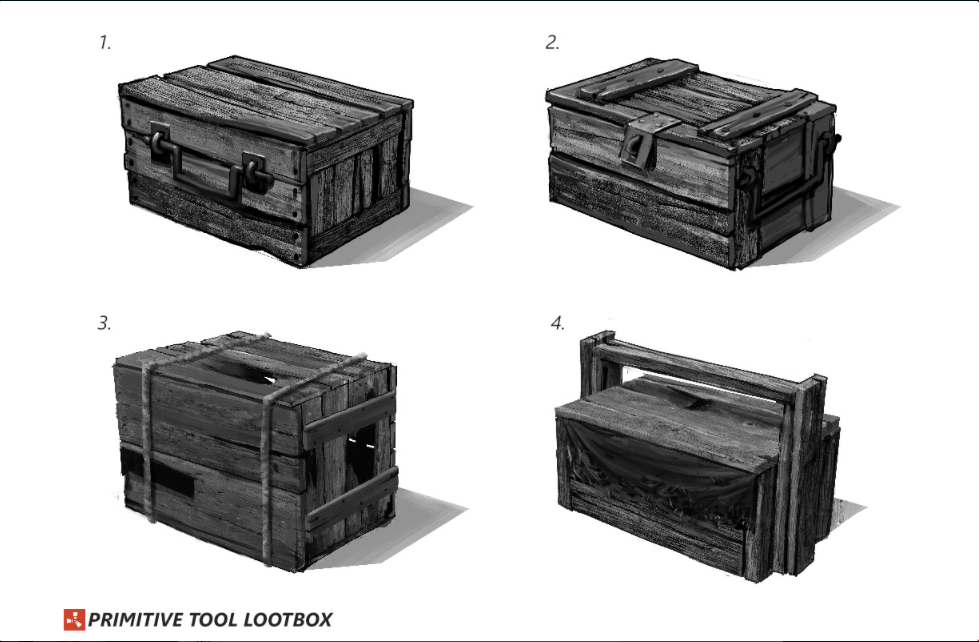 I've also compeltely overhauled how loot is calculated for crates, so you're going to find more overall.

We used to have it set up so there was a high percentage for mediocre stuff and a low percentage for good stuff. So let's say you'd open a crate and get some pipes, but every once in a while you'd find a gun. The new version will always spawn a mediocre item, but it will have a chance to spawn a better item as well.

In terms of rad town crates, this means you can always expect a decent component and everything else is just a bonus on top.

This really shows in the airdrop, which is currently set to always drop at least two weapons and two pieces of armor and the rest is random. No more 8 riot helmets or rotten apples only.

P.s. This is the reason why we aren't doing a BP wipe. We're going to be screwing around with this stuff and would prefer to wipe it only when we think it is in a good state and not prone to constant weekly changes.

Stance Recoil
While the new recoil system has widely been accepted as superior, there were a few complaints and problems. One of them is that there is no point in crouching, and people can strafe around while still hitting objects at far ranges with pinpoint accuracy. I finally decided to tackle this issue and introduced stance recoil.

How this works is simple. Crouching is going to yield the exact same accuracy as before. Standing will yield a slight decrease in shot accuracy, and standing and moving will decrease it further. I think this is fair and will give people a reason to crouch, something I did anyway out of habit. I'm sure this will improve the overall balance and feel of the game, and look forward to it being torn apart on reddit.

Halloween Content
We have disabled the Halloween content, but we really hope you guys enjoyed the event. We love doing little things for various holidays, and this time around we gained valuable insight into some of the games mechanics that weren't quite ready for full release.

The murderers were super fun to do, and boy did we ever find a lot of issues with the AI! This will really help us moving forward with the scientists and, perhaps, other humanoid NPCs. 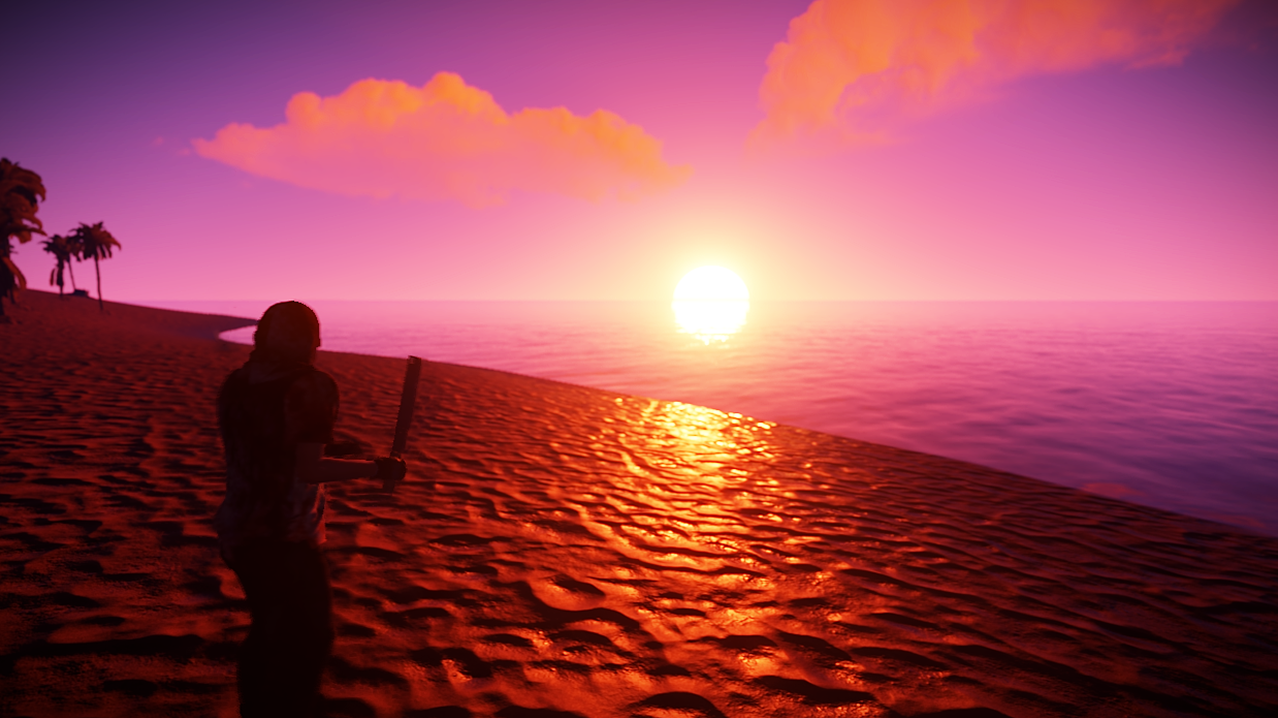 New Icebergs and Ice Sheets
New icebergs and ice sheets are finally in. They will spawn on the edges of the arctic biome and are the first step in making the ocean areas more usable by the players. All of the big icebergs will have areas that you can build on, and they are now easily accessible. The largest icebergs have slopes that make walking possible, but traditional raiding via ladders is still viable, although slightly more difficult. I will be looking forward to seeing the base designs you come up with!

As usual, if you spot any issues or have feedback regarding the new icebergs be sure to post them. I will be reading your comments and fixing issues as they come up. 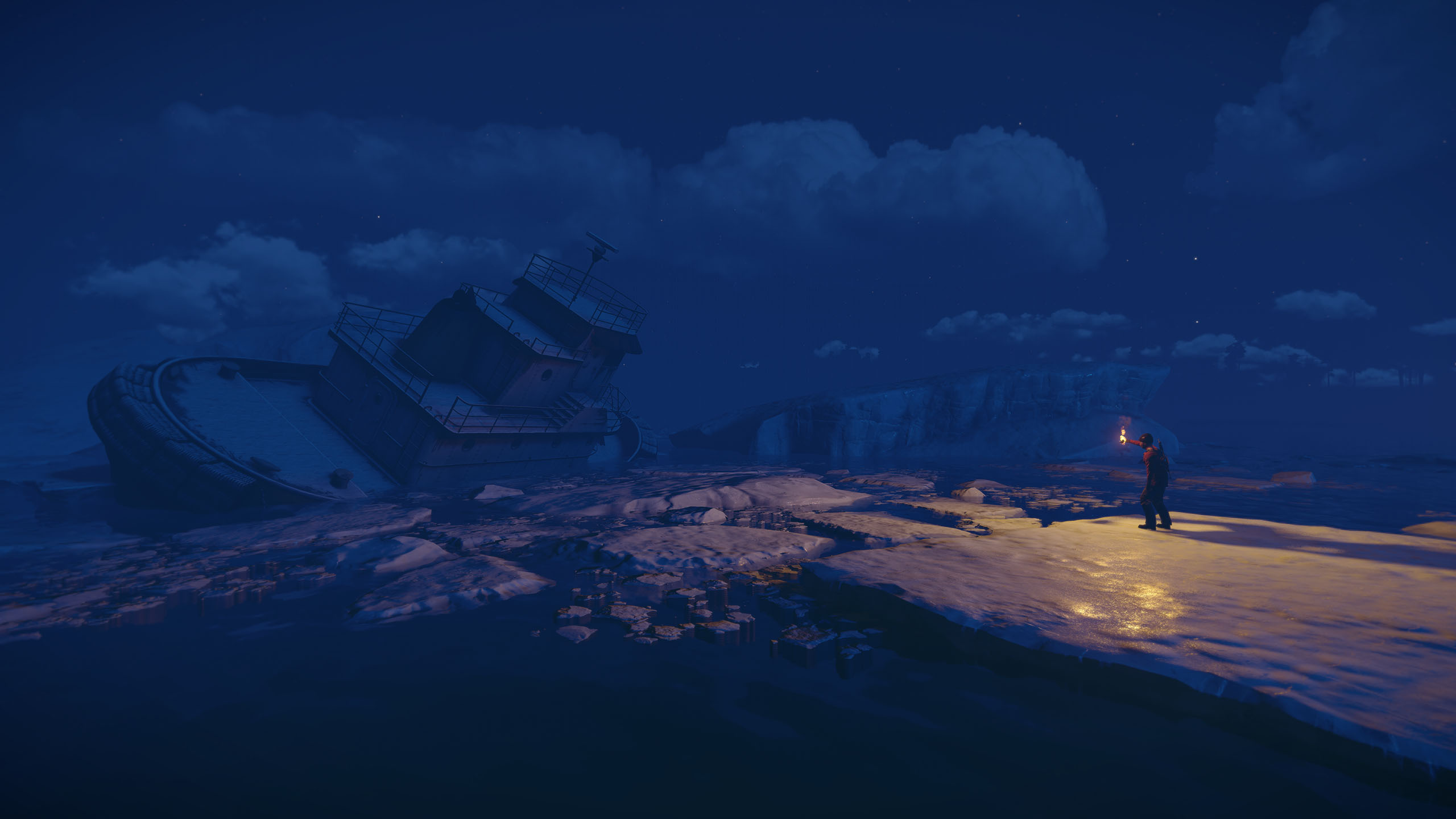 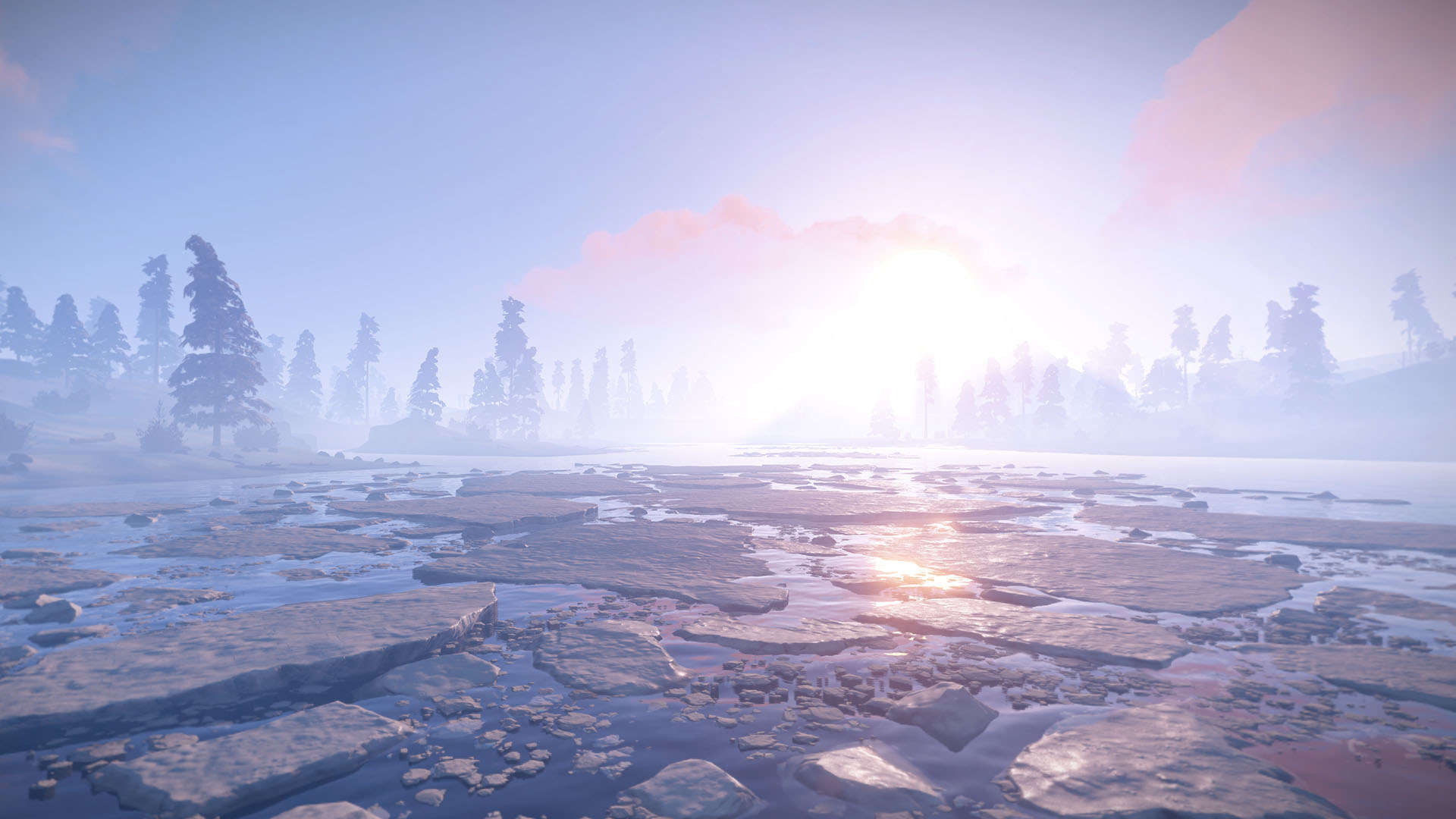 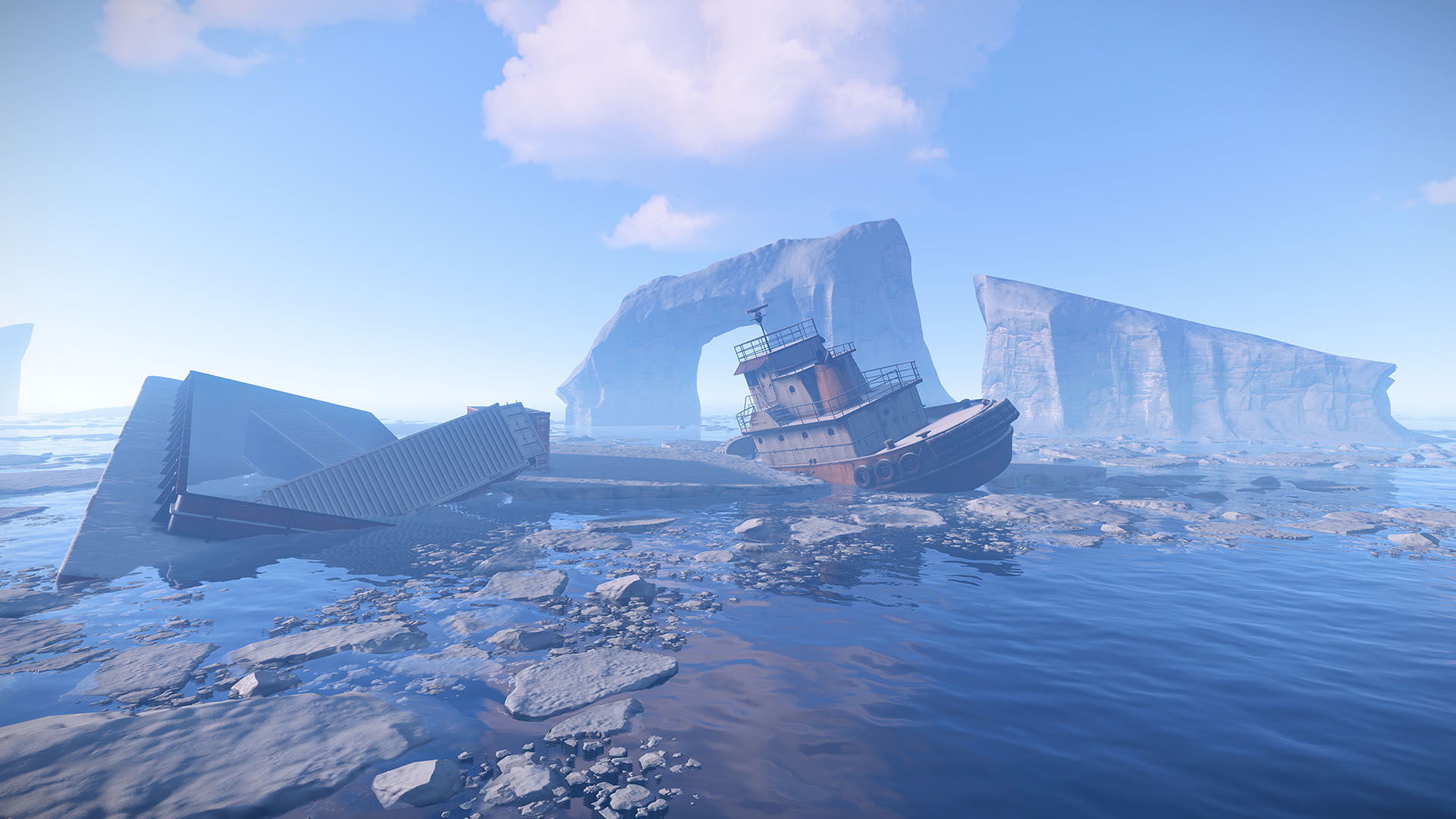 Procedural Maps
This week's loot changes required some major changes to the world generation in order to allow us to split up the map into distinct gameplay tiers. The basic requirement was to create a start area where all new players can spawn that's as far away from late game points of interest as possible. The start area has to offer a temperate climate, contain loot that's useful for new players, and have enough coastline to spread out huge waves of players on wipe day. The rest of the map should then contain a nice mix of biomes, each with increasing loot quality the further you move away from the start area. On the other hand high-end monuments shouldn't always spawn covered in snow either to allow for some nice variety between seeds. So here's the layout we came up with. 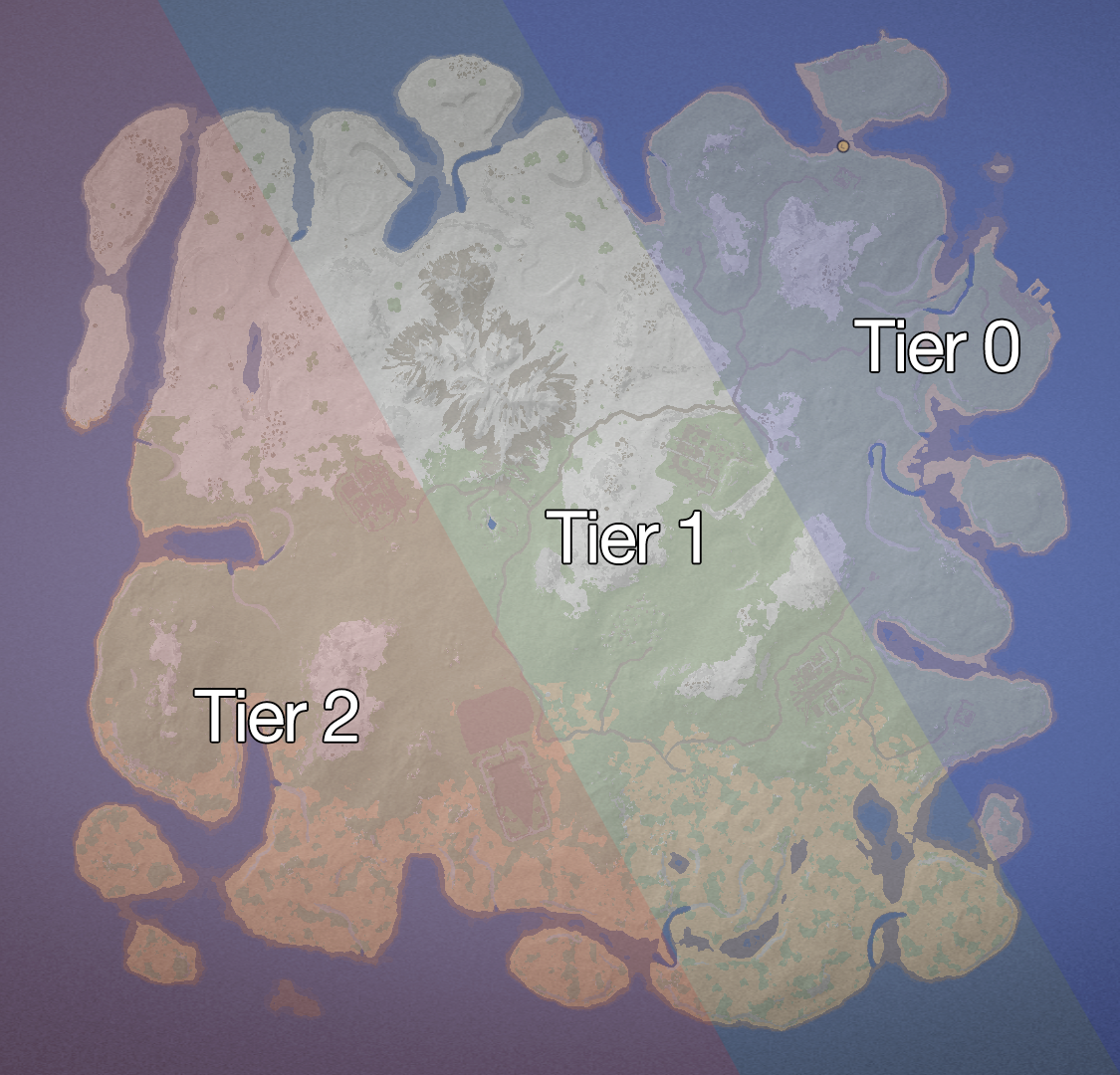 First the side of the map that's used as tier 0 is randomized. Then the biomes are randomized in the tier 1 and tier 2 areas. This means tier 1 and tier 2 can be predominantly cold, hot or a nice mix of both as seen in the example above. Monuments are then spawned in the appropriate tier based on the loot they contain. These changes also affected the visuals of the world a little since you automatically end up with more contrast between the biomes and therefore more height variation on the terrain. 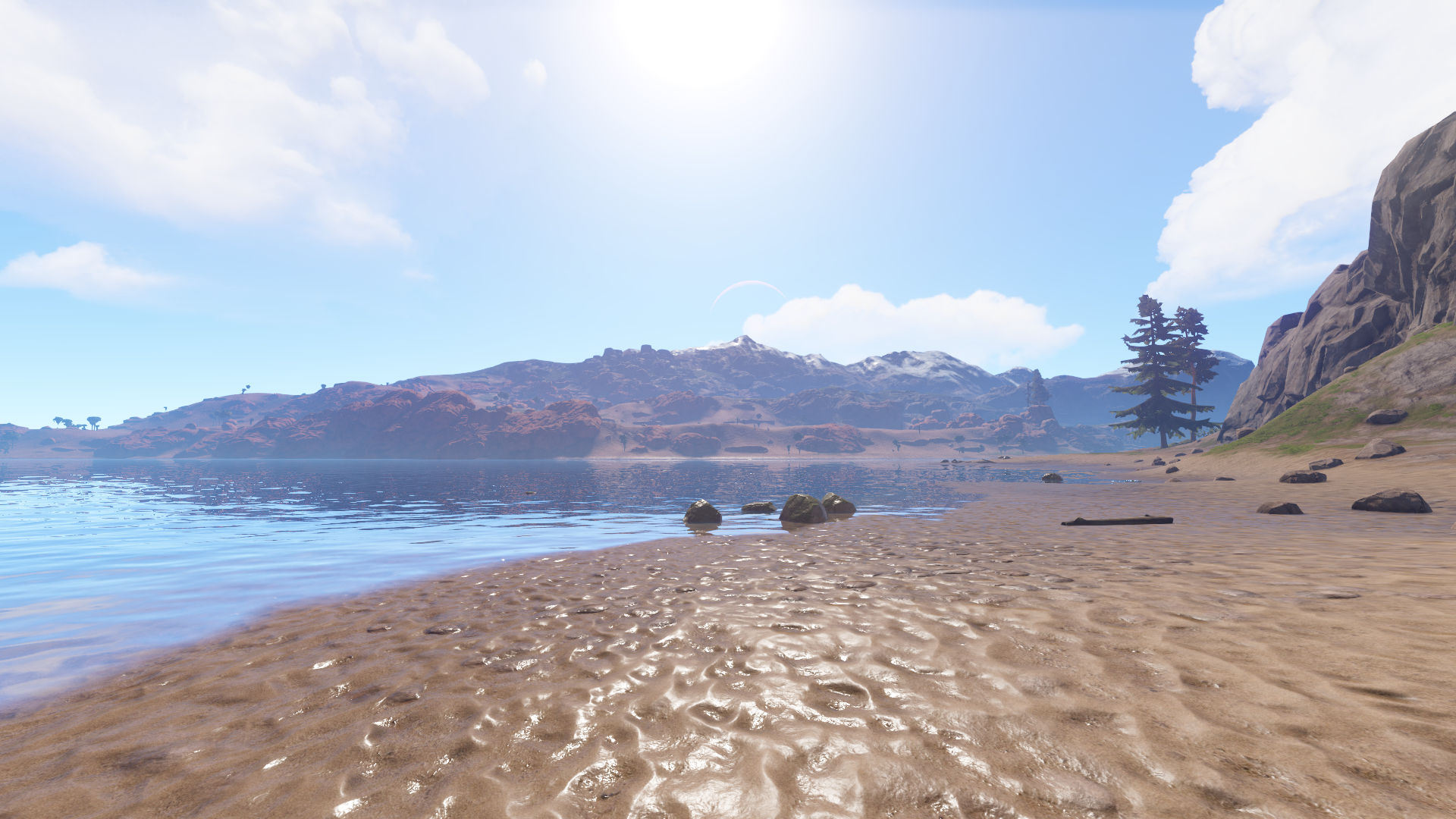 Network Encryption Optimizations
EAC have been working on various optimizations for their network encryption algorithms. Some of those went live in an optional client and server update last Friday and today's patch includes further improvements. If you're a server owner who had to disable or dial back encryption due to performance concerns then definitely give it another try this week.

AI
After a week of Halloween's "Blaster

" infesting the Rust islands, I've had the opportunity to get in a lot more testing on the Player NPC, which is the foundation of the Scientists. Bugs were fixed and optimizations were made. Nav disable convar should also properly disable the AI again.

Nuked Large Scale Occlusion
You may notice, though probably not, that the Large Scale Occlusion option is no longer available in the graphics options. The reason we eliminated it was because it was a performance hog and, unfortunately, due to some limitations in the Unity API it would require too many resources to get it working properly and efficiently.

Another reason to dump it was that the effect is hard to tweak and has a few limitations. Ideally, what we want is a volumetric based approach, ideally one that delivers ambient occlusion as part of broader global illumination solution.

This is something we might explore in the future, though low priority at the moment, in case no good third party alternative shows up in the meantime.

Hair Final Stretch
Last week I took the challenge of implementing the hair gameplay code to free up other team members. It was an opportunity for me to explore and learn about areas of our codebase that I wasn't terribly familiar with, since I've been doing mostly graphics since I joined the project.

While not ready yet, it's well underway to be rolled out next week. For now, it will be randomized based on your Steam ID, but we're leaving room for other possibilities in the future.

Player Model Fixes
There have been a few small changes to the player models this week, among fixing other small bugs were:

The shape of the cranium should now be completely consistent across all male and female models. There was a very small difference between head types which meant that certain hairstyles would clip into the head slightly. Although only a minor issue, it was important that we had complete consistency to make it easier for Matt to bring in the other hairstyles he's been working on.

Even with Gooseman's fix for the strange elbow rotation the playermodel arms still looked a little crooked from certain angles. I've made some improvements to the geometry and skin weighting on the elbows and wrists to try and minimise this as much as possible.

We felt that the bone scaling (unchanged in the recent merge) was a bit too extreme, so I've toned it down a little. The issue we're seeing is that bone scaling stacks up the chain meaning the extremeties (although mainly the head) was sometimes being unrpoportionally affected. I've tried to minimise this while still keeping some variation amongst players. You'll be happy to hear genital scaling has remained unchanged.

Lastly I've increased the variation in some of the skin colours. It's something that's very sensitive to even small changes but I think the current variation (especially among dark skin colours) was a little too conservative.

Hapis Island
Hapis Island needed some love for a long time, and as Petur is currently busy working on project MOSS I went ahead and made some changes. This includes adding the Bradley APC, which patrols Materials Extraction monument, radiation adjustments, loot spawn tweaks, and a bunch of exploit fixes.

There's still a lot of stuff still lined up for Hapis, and I look forward to reading all feedback and suggestions to further improve it.

Admire Animations
A while back I tried out the idea of an admire animation, so you could see all your lovely weapon skins in more detail. I've started to go through other weapons this week, and if it's deemed a good idea I will continue in the same vein. Let me know if it's something you'd like, or if I should be doing other things (bear in mind I'm an animator).