Object Outlines
I worked on a feature this week that allows us to have a glowing outline around any object we'd like. For now I've added this feature to dropped world items. How it works is if you drop an item and it is partially occluded (by grass, perhaps) it will show you an outline around it, making it easier to find. It'll also show you a brighter outline when you're actually aiming right at the object. This effect is not in play during night time.

We may expand this feature to other elements of the game moving forward, but I want to be careful not to break whatever semblance of immersion we have with giant overlays on everything, so we'll see how this pans out. 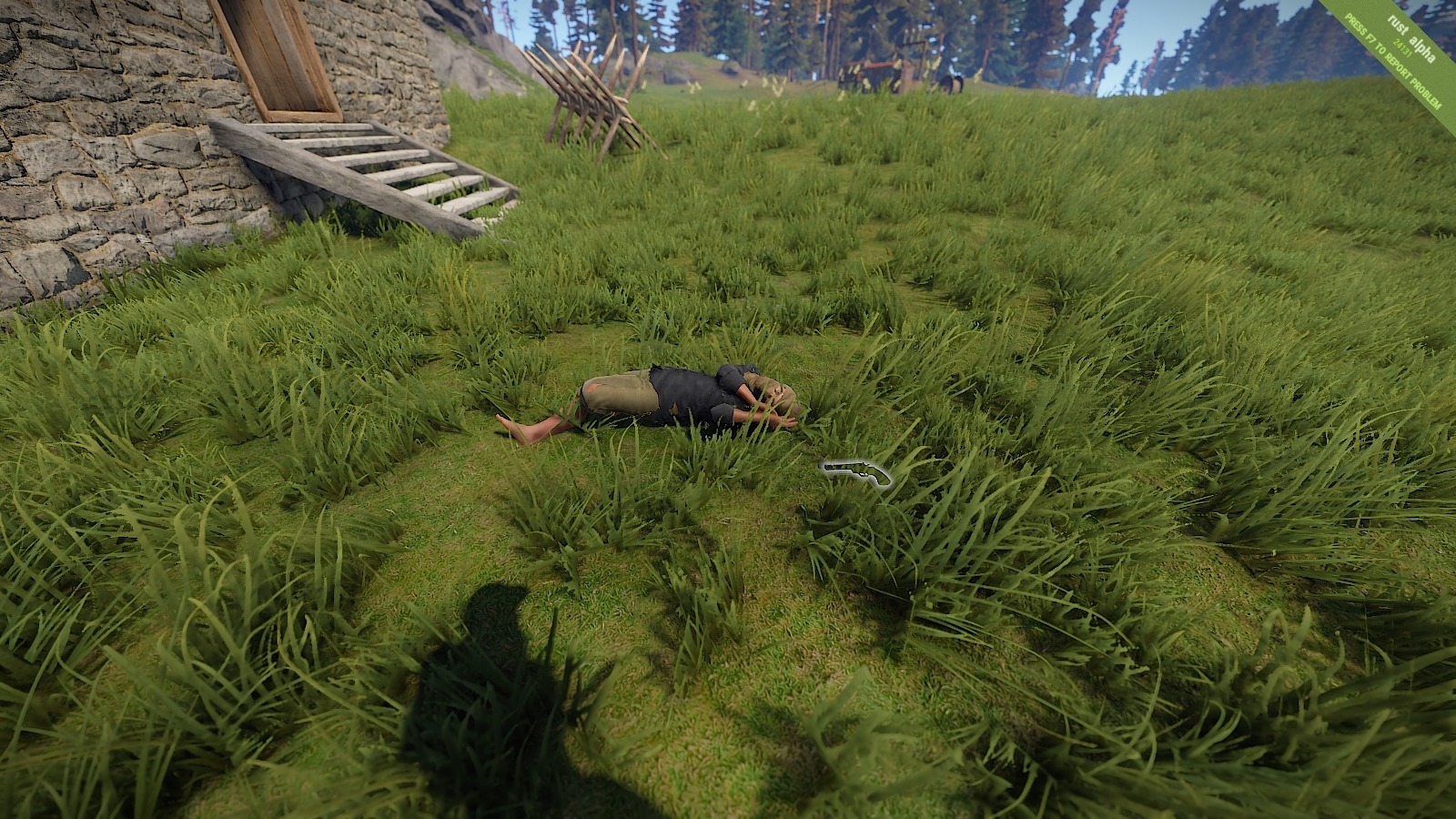 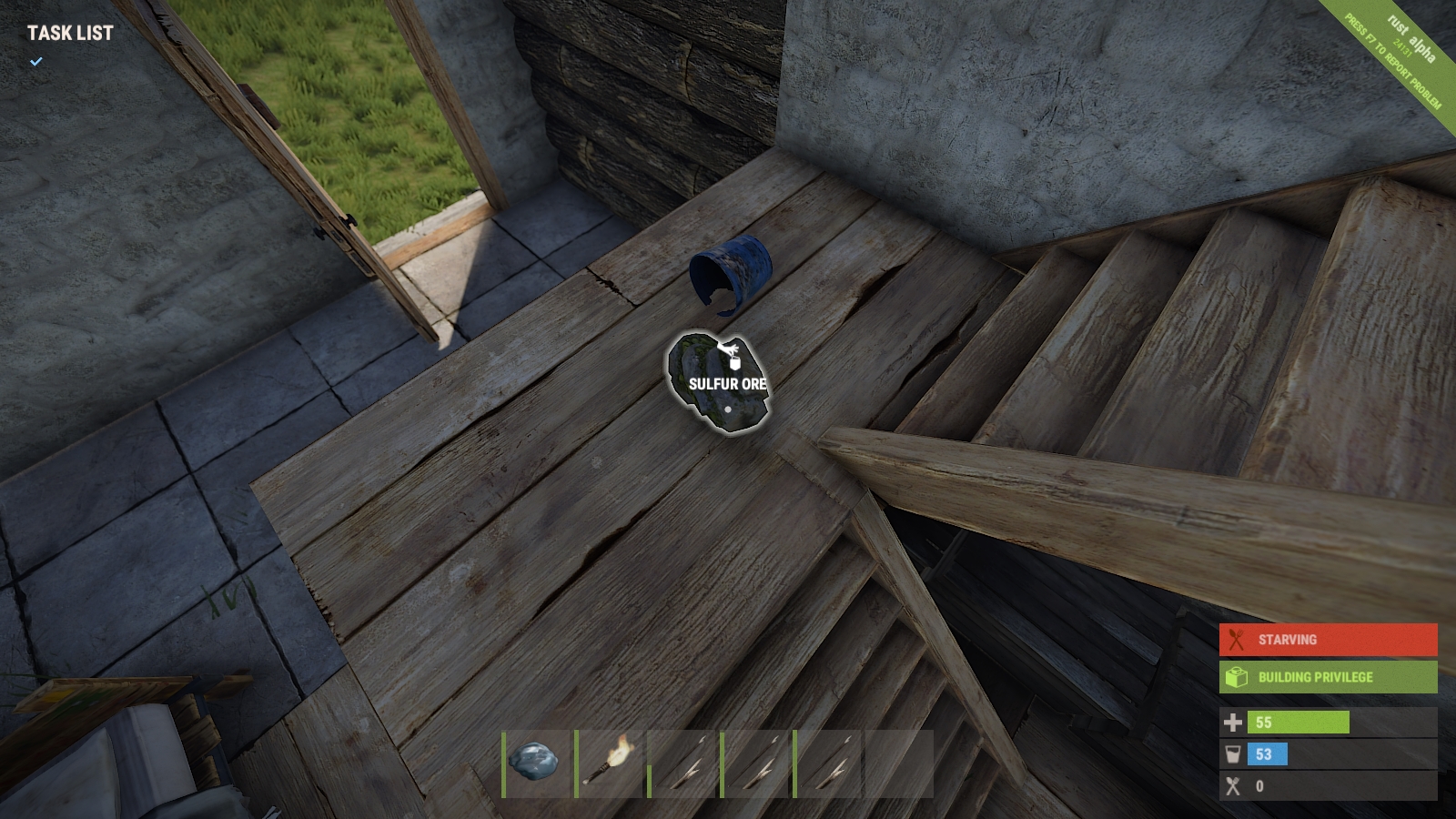 BoneFollower Fixes
I squashed the bug affecting mods that were using parented entities as mountables. This means all those mods with helicopters and horse riding will now work as expected, with no constant teleporting back and forth when the object you are riding moves. Yay!


Grenade Changes
I've modified the way grenades work, so now it's much faster to pull the pin and release them. I've also removed the whole 'longer held = longer throw' mechanic, so they just throw at full velocity all the time. Maybe we'll revisit this in the future, but for now it feels a hell of a lot closer to grenades in every other game.

Accuracy/Recoil Changes
I've modified stance recoil so that it only comes into effect when you're moving or after the first shot. This means if you're running and gunning you will suffer a minor aimcone penalty, but if you stand still and tap you're as good as crouching in this regard. However, crouching still yields a 50% reduction in the recoil/screen bounce. I think everyone will be pretty happy with these changes as they allow perfect accuracy for slower skillful tap shots.

I also had a chance to fix the over the top aimcone experienced by the Thompson, which was left out of the redux a few months ago. My apologies!

Semi-Auto Changes
I've finalized the recoil system for semi-auto weapons and have applied it to any affected weapons. It should be much easier to hit targets at range when tapping, as their aimcone is reduced to almost nothing. I also removed almost all horizontal recoil and aimcone will only come into play if you tap really fast at targets much farther away than the weapons original intention (i.e. pistols). Even then it's far lower than you'd find in any other game, and I think it feels pretty good. I've also significantly lowered the aim sway experienced by them, as it was mainly just an over the top annoyance and felt wrong.

Tree Minigame Fix
Another change to the tree minigame: the Xs will no longer appear so low that you are required to crouch. I believe this is the last of the annoyances the game was perceived to have. The only thing remaining would be color blind options. My apologies to all the Rust players affected by this out there. We'll have to do a little bit of research and consider a color blind convar, which will substitute color blind friendly colors across the whole game. As you can see from the header, the Python is now skinnable. We have two in the store this month, the Devourer and the Phantom. 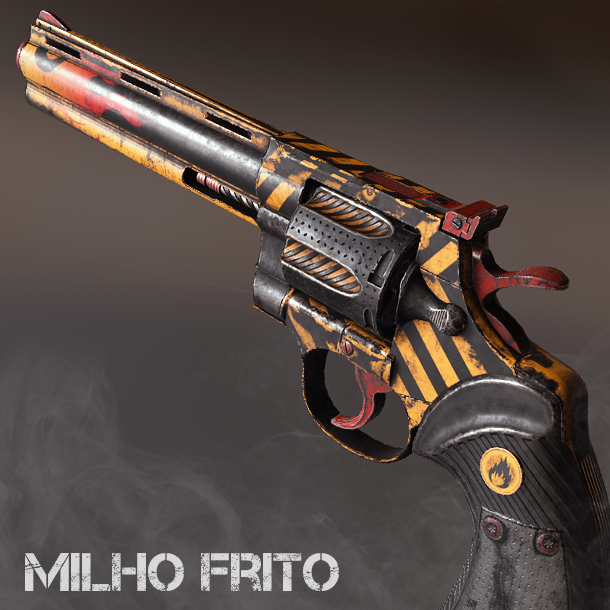 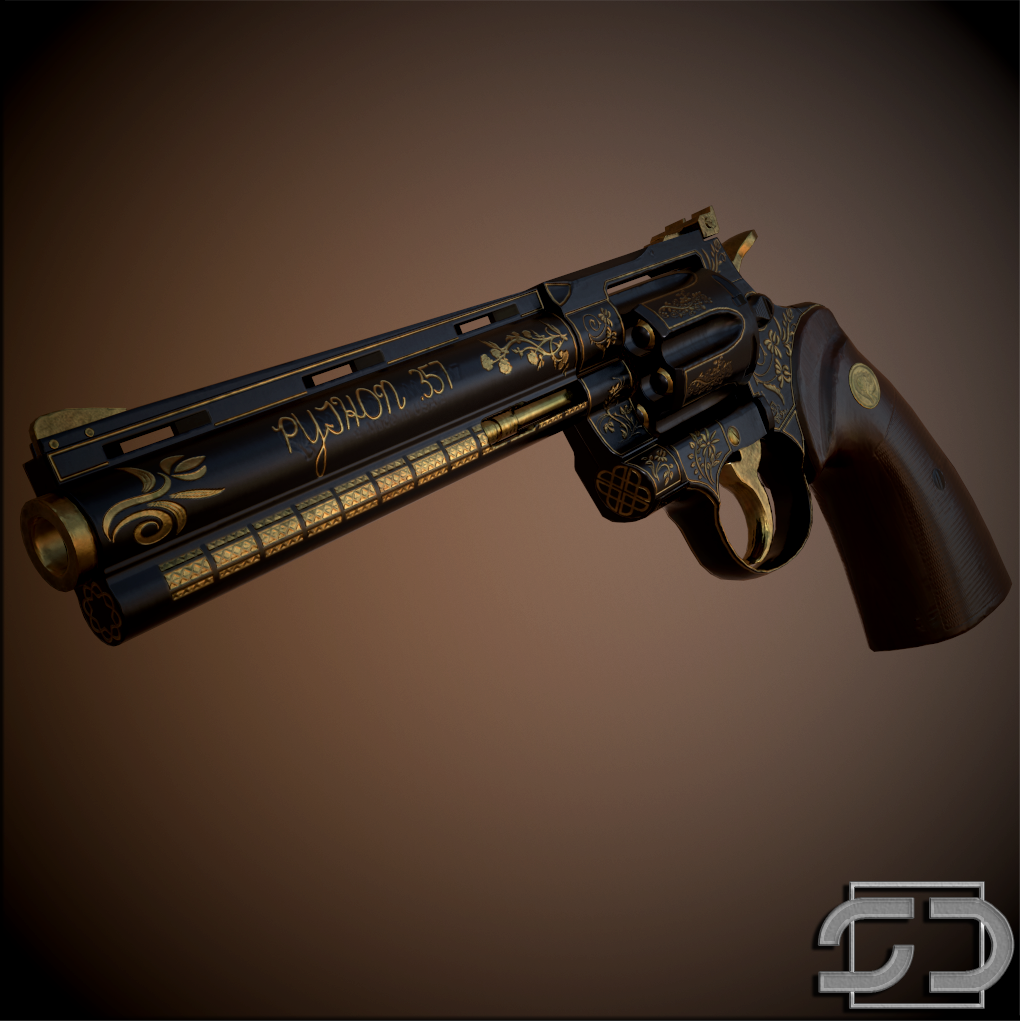 Map Improvements
I've started working on some map improvements for the next wipe. Monuments now simulate a large number of potential placements and pick the one that fits the most monuments on the map. Up until now the map generation was only trying to find a spot for the high priority monuments and was okay with having less of the other ones around, even if there were more ideal options available that could fit much more monuments into the same space.

Roads are no longer split in half by rivers or flooded with water, and monuments can finally specify the exact points the road network should connect to. The idea is to make roads go in and out of the monuments in a smooth and realistic looking way by making sure they align with the roads that are part of the monument itself. There's still some work left to be done on this, particularly with regards to the visual transition from the procedural road to the static road that's included in the monument. While I was at it I also solved the annoying "user-provided triangle mesh descriptor is invalid" error that could happen on certain seeds.

Powerlines are now using the same layout algorithm roads are using, which means they can connect to each other using the power substation monuments, similar to how roads create intersections.

Biome-wise I reduced the size of the arctic biome slightly as it got a little bit out of hand with last month's wiping update. I also slightly increased the arid biome, but I'm not entirely sure if I should make the tempeate biome larger instead. Let me know your thoughts!

All of these changes will go live with the next wiping update, together with the new building system.

Occlusion Culling 2.0
Last week I announced we were expanding visibility occlusion culling to most objects. A recent improvement made this possible and we started getting some very promising results. The following gif shows the kind of improvements we can get. Please notice the statistics panel on the top-right of the screenshot:

In some extreme cases it can even cut down rendering time in half. Especially when inside buildings.

However, this technique is not without its flaws. For example, rotating the camera really fast or opening a door too quick can trigger false negatives, causign some newly visible objects to be invisible for a whole frame. Thankfully, there are workarounds for most of the issues and that's what we're working on at the moment. It's extremely important that the system is stable and robust so we'll be testing and fixing until it's ready for everyone.

The revamped culling is available for testing now, albeit disabled by default, so you can do a test run and get an idea of the kind of performance benefits you will get. To enable it simply type "culling.world 1" on the console.

Admire Animations
More progress this week. Helk has expressed a desire to get these in soon, so I'm now going to blast through the remaining viewmodels, adding placeholder animations that can be iterated on later.

After that, I'll be setting up the animators and triggers in Unity, then handing over to Helk to handle the code side of things.

Mining Quarry Monument
This week I've been working on a new type of monument containing static stone quarries. There will be only a few of these monuments per server, so the idea is to turn them into an important resource that players can compete for. These monuments will be quite small in size, making it possible to wall them off and create a compound. Below is a little sneak peak of the first variant: 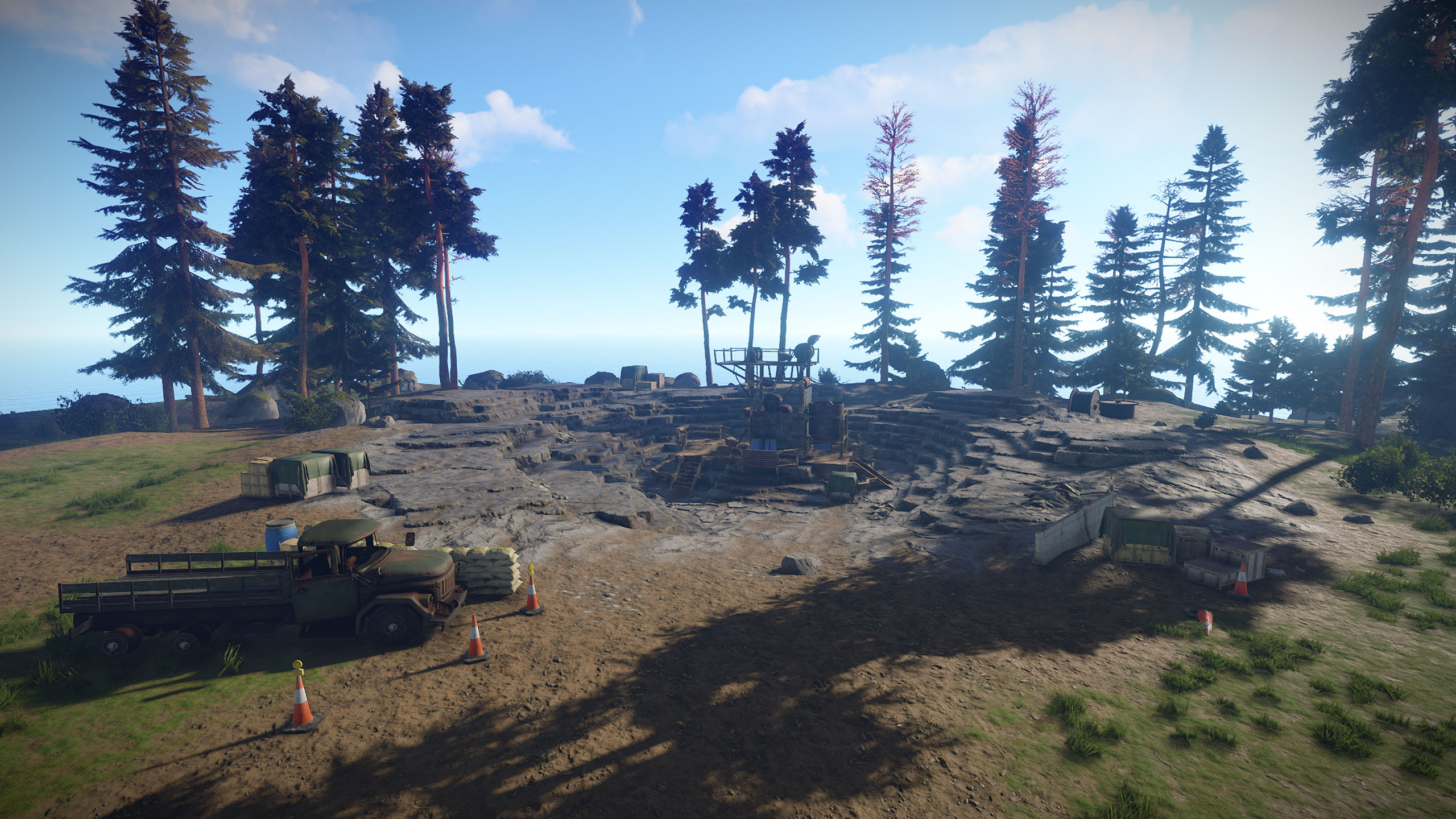 Hair Colour
This week Diogo and I have been implementing hair colour in to the game to help characters feel a bit more unique and to open up more possibilities in the future. So far there are five different hair colours: Brunette, Auburn, Dark, Ginger and Light. 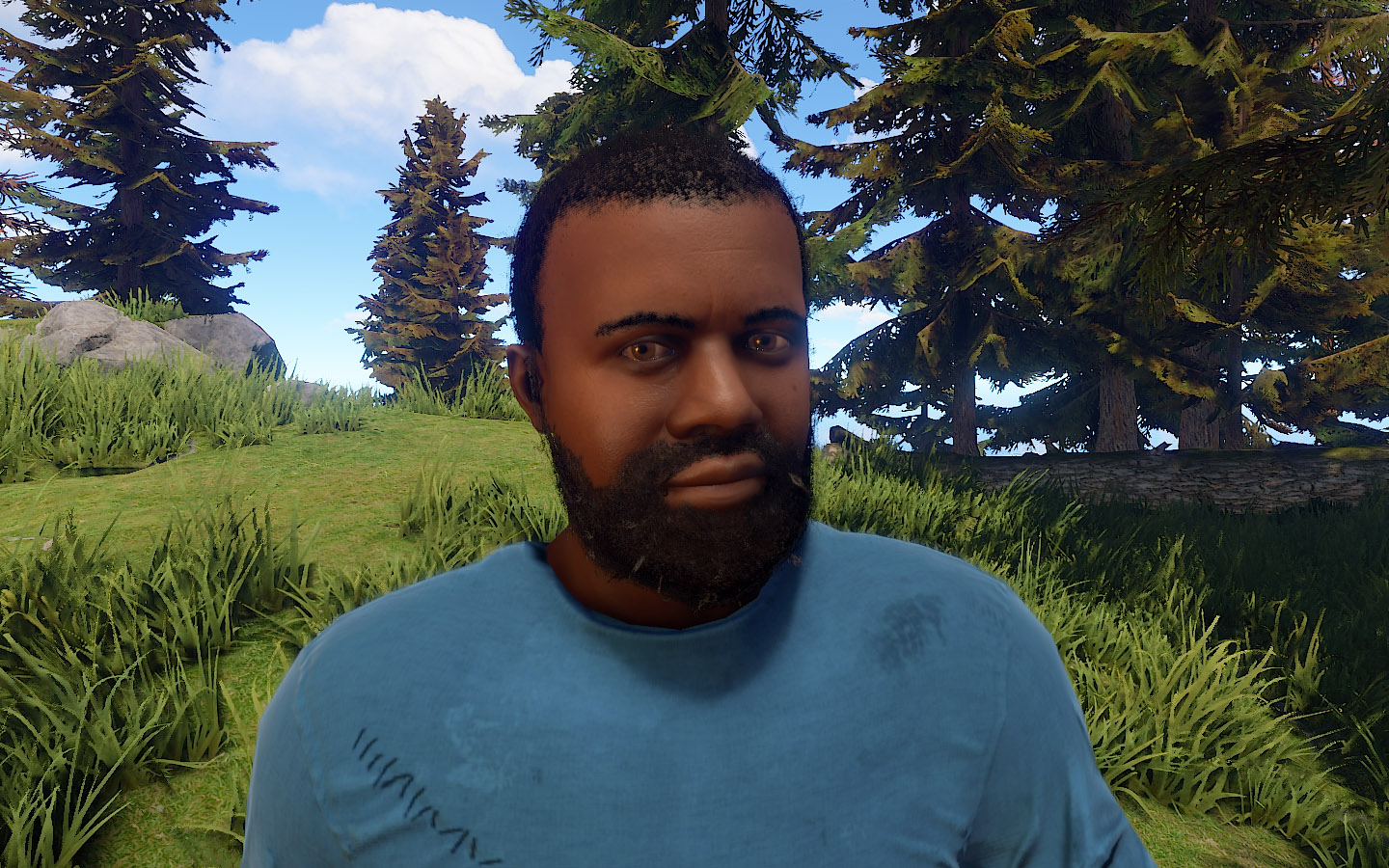 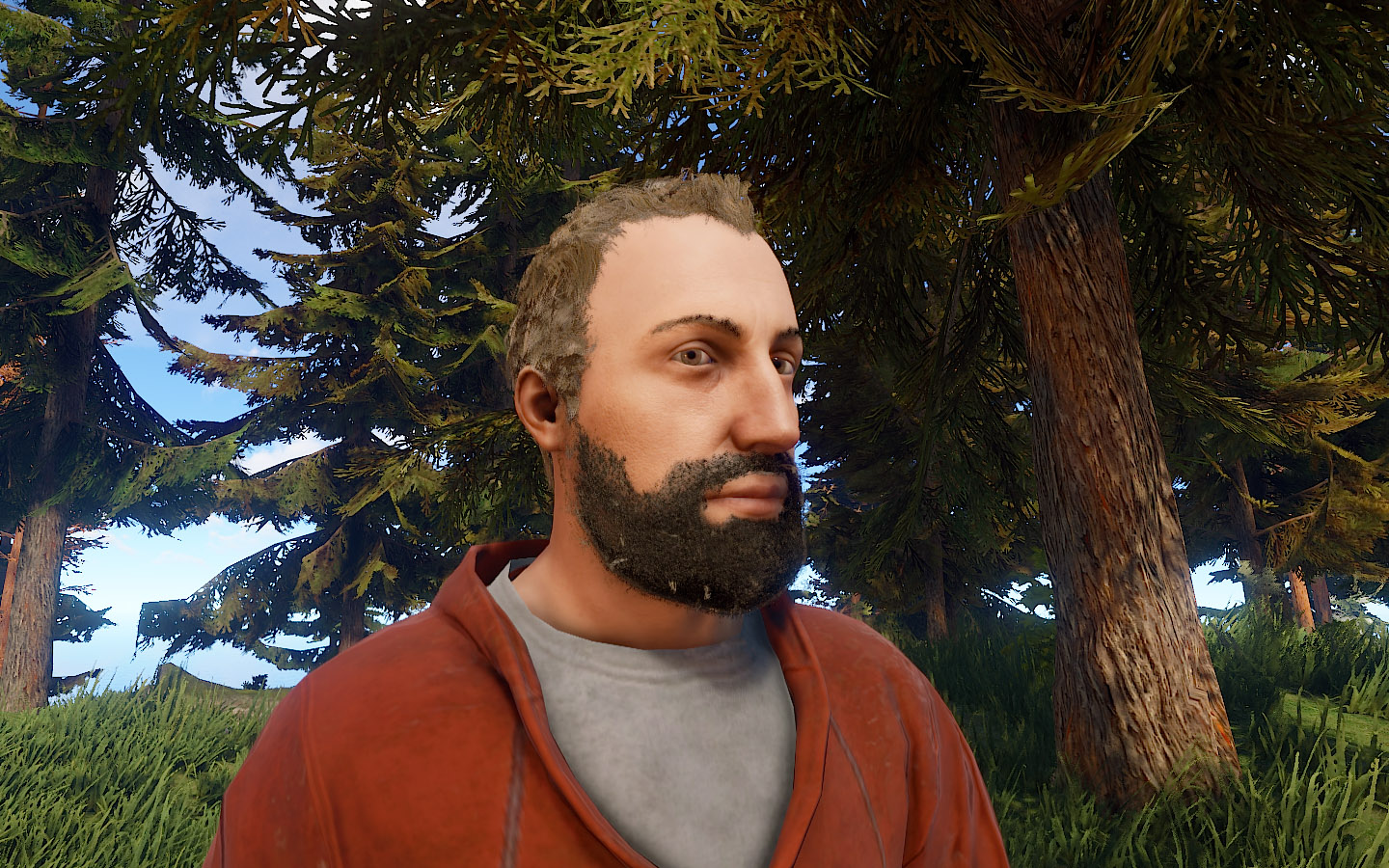 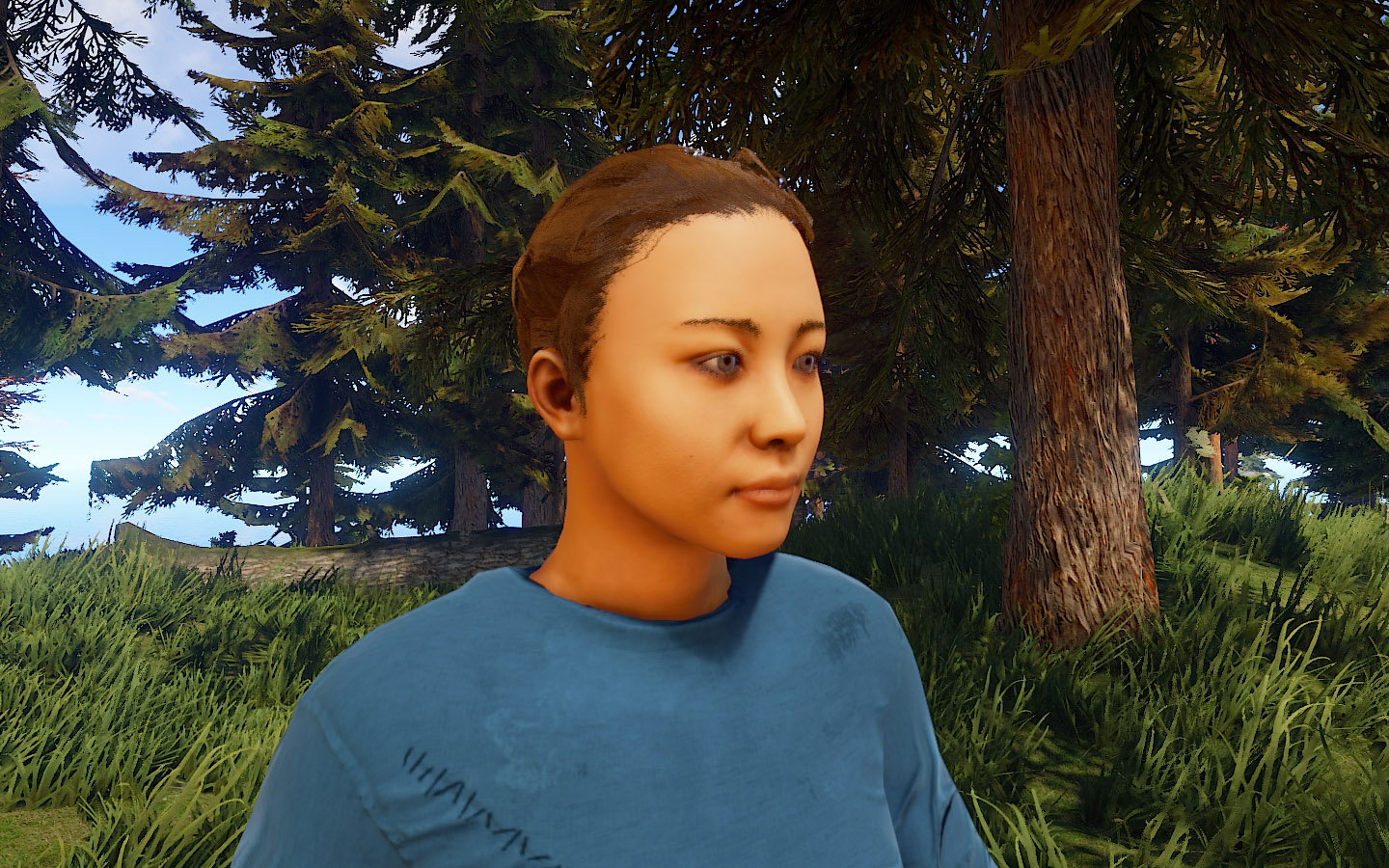 It also affects facial and body hair too for a bit of consistency. The system is robust enough to do any colour, but I've tried to keep the hair colours reasonably natural for now. I plan on adding more in the coming weeks, and definitely making some of the less exciting combinations more interesting, so you don't feel left out if you haven't got a glorious ginger do.

Craftable Hazmat Suit
I've only got a few small things left to do on the craftable hazmat suit, but unfortunately wasn't able to get them done for this week's patch. The oxygen tank and accompanying tubes still need to be textured, but here's a shot of the upper body in all it's MacGyvered glory. Advanced Lootbox
The second lootbox is finished and ready to implement when needed. It's a trusty old red toolbox. Unlike the primitive lootbox, this one will have more advanced tools inside. I was speaking to Matt and Paul, and we think that including some smaller, more unique features--like the Post-It note--visually makes the loot boxes more identifiable within the world. As always, take a look and spin below! The 3D viewer should work quite well on mobile devices too.

Small Furnace Update
In a bid to align the quality of some older assets with the newest additions, I have reworked the old small furnace. It will most likely be ready for next week's patch. 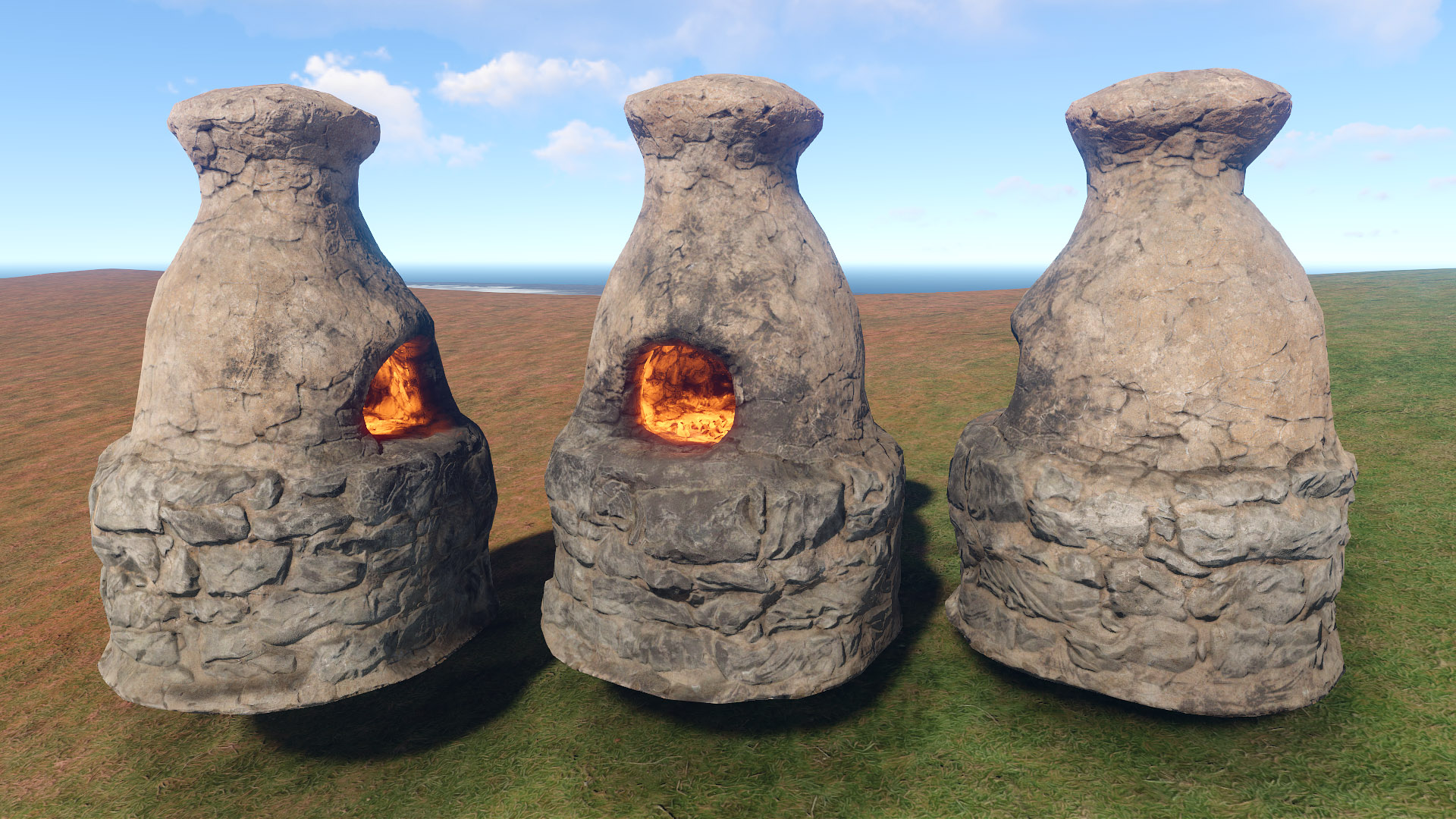 Sounds
I've been doing some organization and working my way through finalizing any sounds that still don't feel up to snuff this week.

I've started using spreadsheets to track status and take notes on every sound in a game with a few other FP projects and it's been insanely helpful. I didn't have this as a part of my workflow when I started on Rust, so I'm cataloguing everything now. It's a bit of a pain in the ass to get this going this late, so I'm doing it in chunks as I go over groups of sounds. It's already been pretty helpful!

I went over deployable placement sounds this week. A lot of them were too percussive and lacking in texture so I've beefed some up and redesigned some of them from scratch. I've also noted any deployables that don't have proper placement sounds yet and started work on a bunch of those.

I also went over a few of our footsteps this week. Concrete steps felt a little too clean and clinical for how grungey Rust is, so I've dirtied those up a bit. I also smoothed some dirt footsteps out so they're a bit less stompy, made metal footsteps quieter (particularly the jump landing, yeesh), smoothed levels out between different footwear/surfaces, and made some EQ tweaks to help everything feel a little more consistent and gelled together.

I started working on on/off and open/close sounds for a bunch of deployables this week too. There's new on/off sounds for the ceiling light, small furnace, and campfire in game now, and a bunch more in the works. I really like the little bit of extra juice these give interactions with objects, so I'm going to be adding sounds to any of these open/close/ignite/extinguish type actions you can perform over the next couple weeks

I made a handful of tweaks to a bunch of random sounds this week too. This was mostly mix related stuff like volume and EQ adjustments.

AI
Animals should no longer attack players through foundations or walls. I'm in the process of reworking the AI for animal behaviour, which will also lay the foundation for scientists. Focus is to improve the designability of our AI and behaviour predictability.