Server Physics Optimization
We've been plagued by a lot of performance problems on the server. After careful analysis we found and fixed these main causes:

This all sounds very technical, but at the end of the day what matters is that the server should run a lot faster now.

Distance Tree Memory Optimization
I changed the way far away trees are networked to the client. Usually all entities have their own game object, but since game objects use a lot of memory and trees in the distance cannot be interacted with and therefore don't need colliders or scripts on the client we now instead network those tree with a low level message that just contains their type, position and size and then directly feed that into the tree billboard renderer. This saves 300MB of RAM on a 4k map.

Client Inventory Optimization
Alistair noticed a performance regression in the crafting UI from the engine updates that was triggered whenever the inventory was refreshed, which can happen a lot during a fight. I changed this so the crafting UI no longer refreshes in the background even when it's invisible and instead postpones this to the next time it becomes visible. The code was already written in a way that made it look like that was the case, but due to a different performance issue with Unity's UI we have to always keep the UI enabled but invisible instead of actually disabling the game objects, which caused the UI refresh to be executed no matter whether or not the crafting UI was visible.

Server Packet Optimization
When profiling the server this week I noticed that getting the current machine time appears to have gotten slower by an order of magnitude with one of the recent engine updates. This was most likely to fix a bug on their end, so we don't expect things to go back to the old way. The problem with this was that we need the machine time for essentially every packet, so we had to replace it with a faster alternative that is still highly accurate (double precision) after days of continuous uptime. This fix made server packet handling significantly faster across the board, which is particularly noticeable on high population servers.

Monument Memory Optimization
Spawning in monuments requires many large assets to be loaded and processed when loading into a server. These assets contain all of the objects that need to be placed and the terrain that they need to be placed on. However, after the map is fully loaded, they are no longer required and can be unloaded from memory. It took a few attempts to successfully unload them without causing engine crashes or other errors but we found a way to sidestep those issues. From our testing this saves about 800MB of RAM.

Autoturret Performance
When I first added the lasers to the auto turrets they didn't seem to have much of an impact on client performance. But then zergs would put 87 into their base and anyone within network range would run at 30fps. I've fixed this issue so now laser updates are throttled to a small percentage of overall frame time. In the worst case example the dots themselves will look like they are updating at a lower framerate rather than your entire client. You should also notice minor fps improvements around the oil rig and compound where other groups of lasers were present.

This does speak to the fact that autoturrets need to be made to use electricity very soon, so please enjoy this last wipe of turret spam.

Horse Hitch
The horse hitching post is now ingame and is available as a default blueprint.

Dismounting your horse infront of one of these will allow it to feed itself over time so that it does not decay or disappear. One pumpkin will stop horse decay for 1 hour. You can park 2 horses at each hitching post. Oh and we've doubled the number of horses, so a 4k server will see 64. Giddy up! 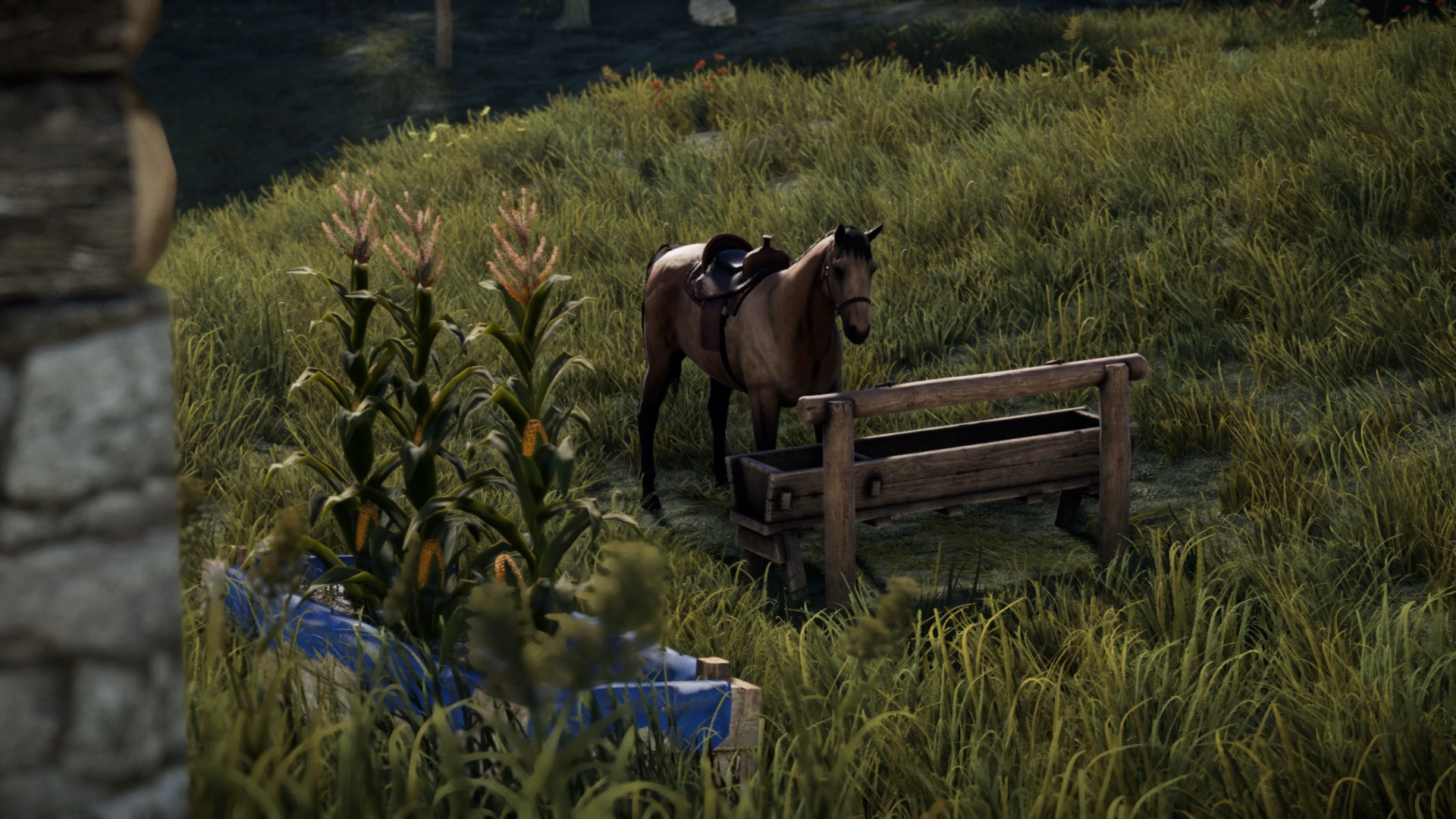 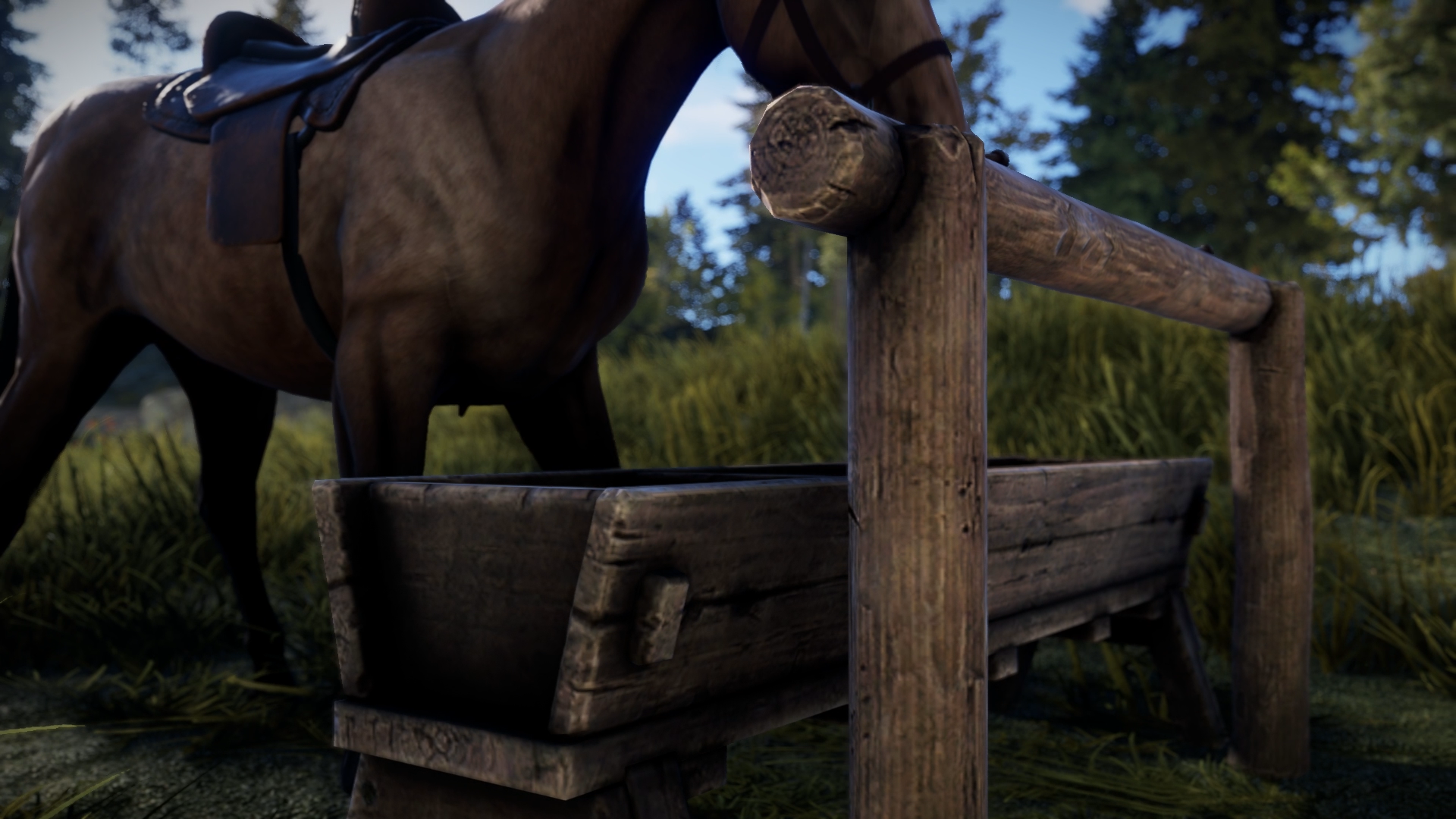 Horse Breeds
Taylor Reynolds has completed a new, updated, high definition horse model and a bunch of breeds and Matt Isaac has updated the hair to be less Janky. These are now implemented and should look much, much better than the 5 year old model we used to have. 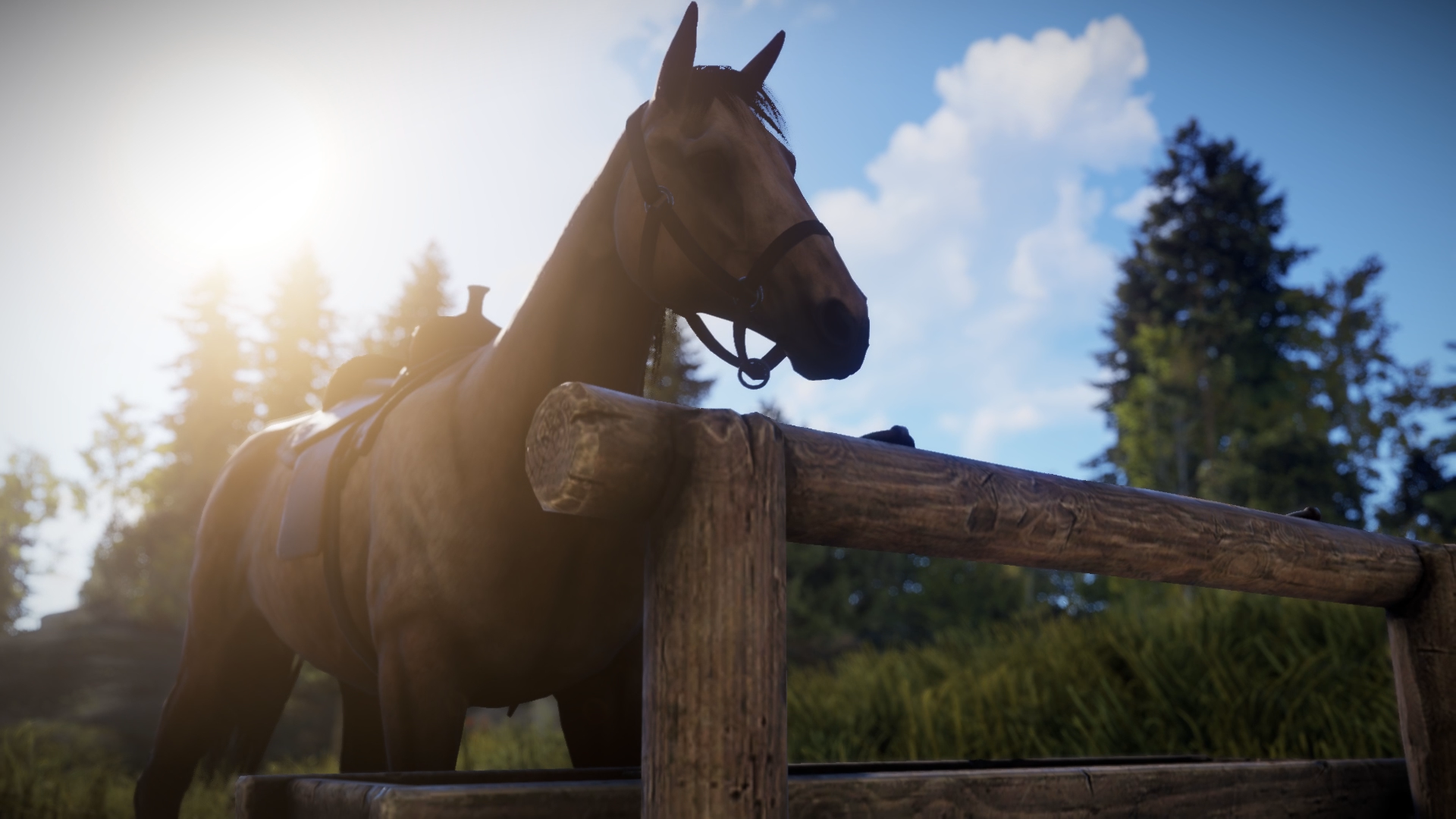 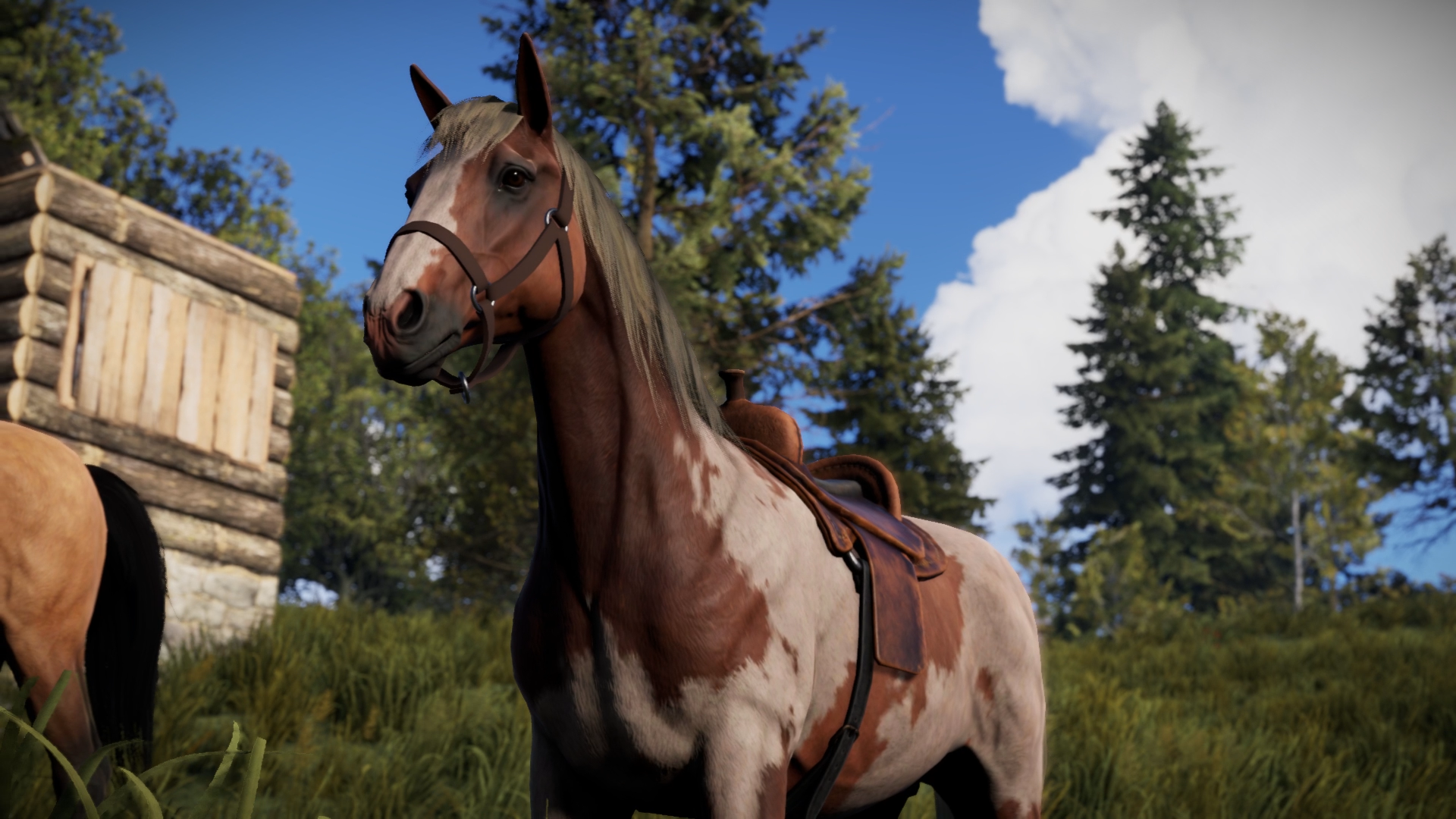 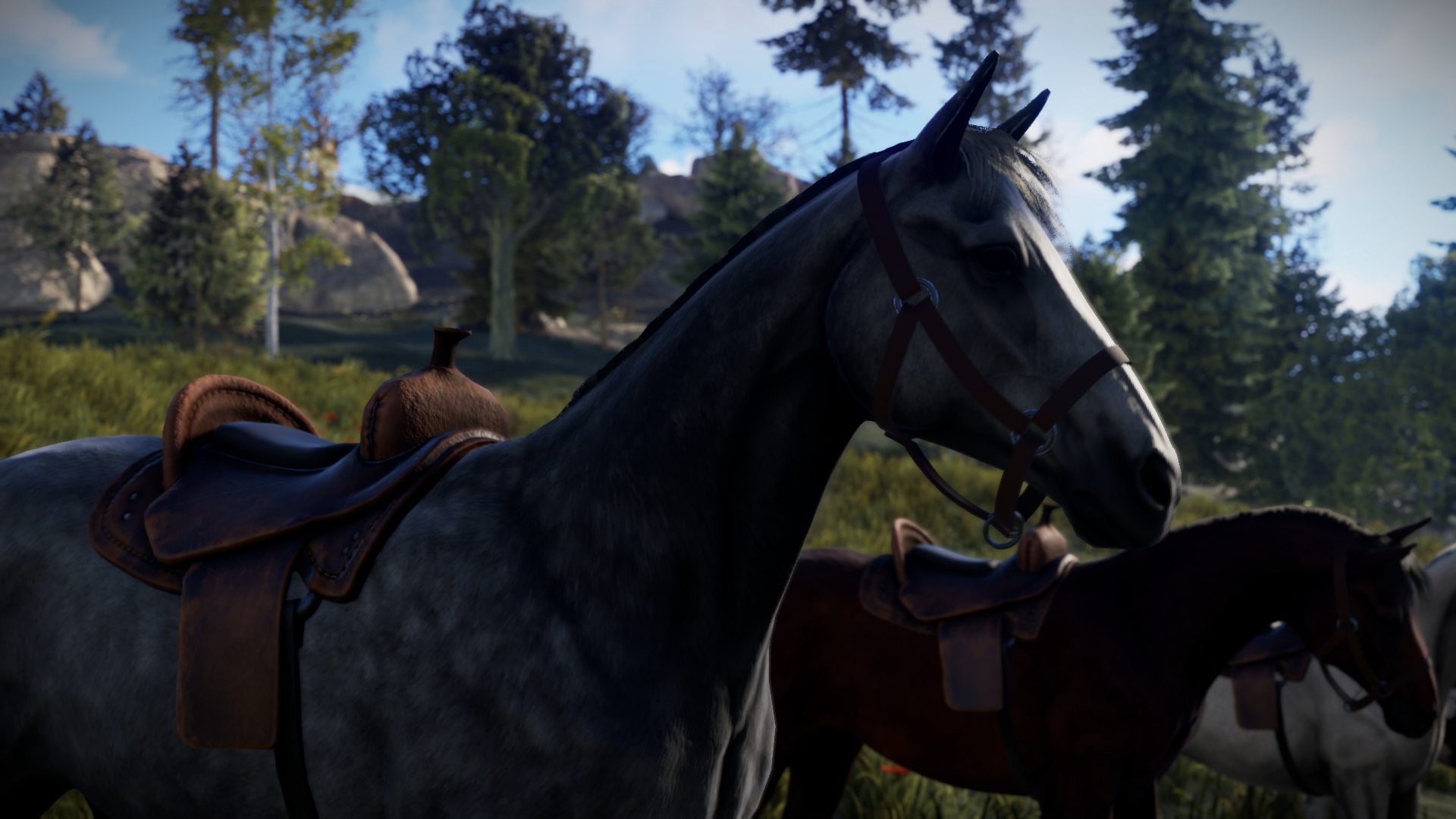 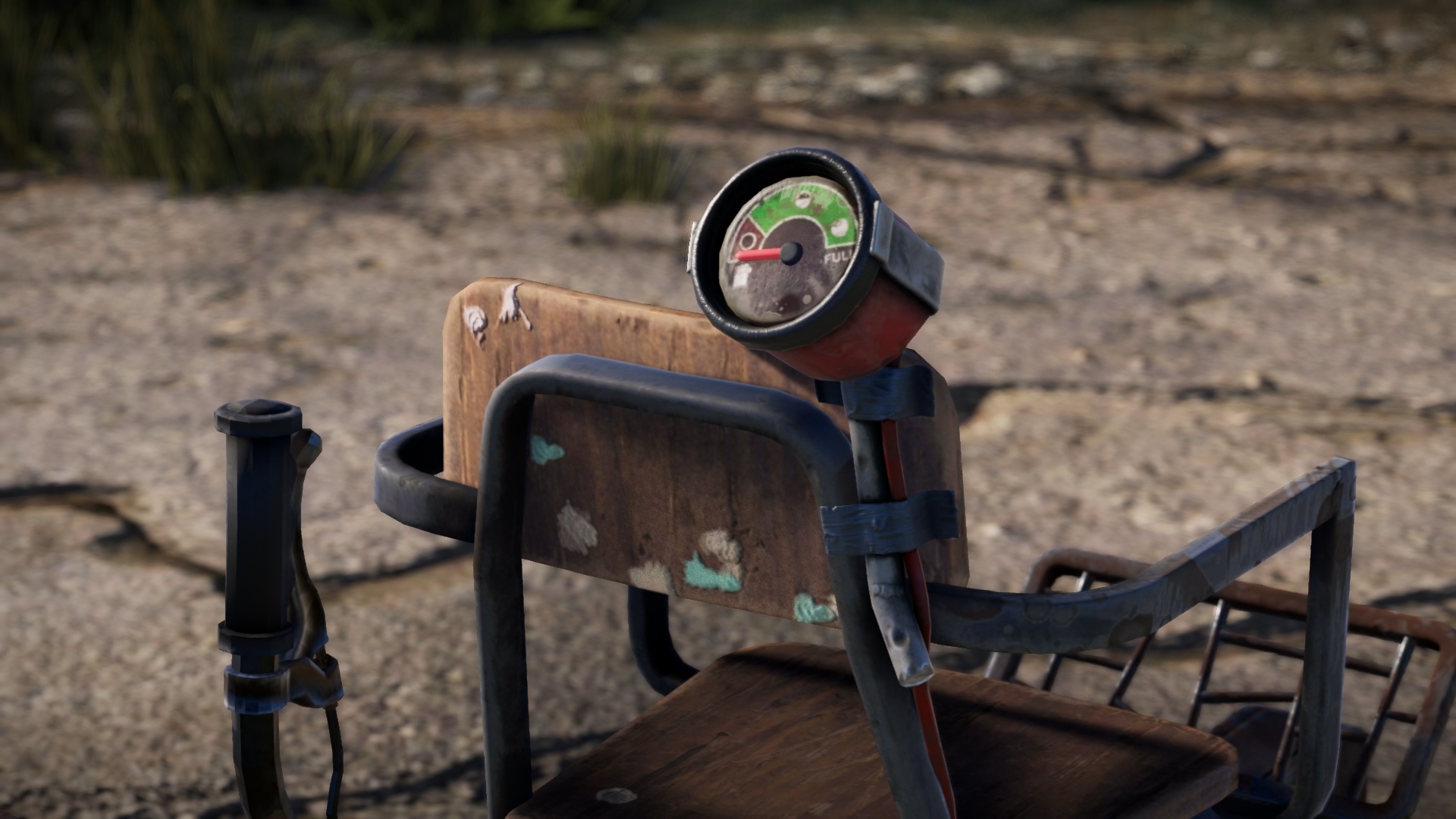 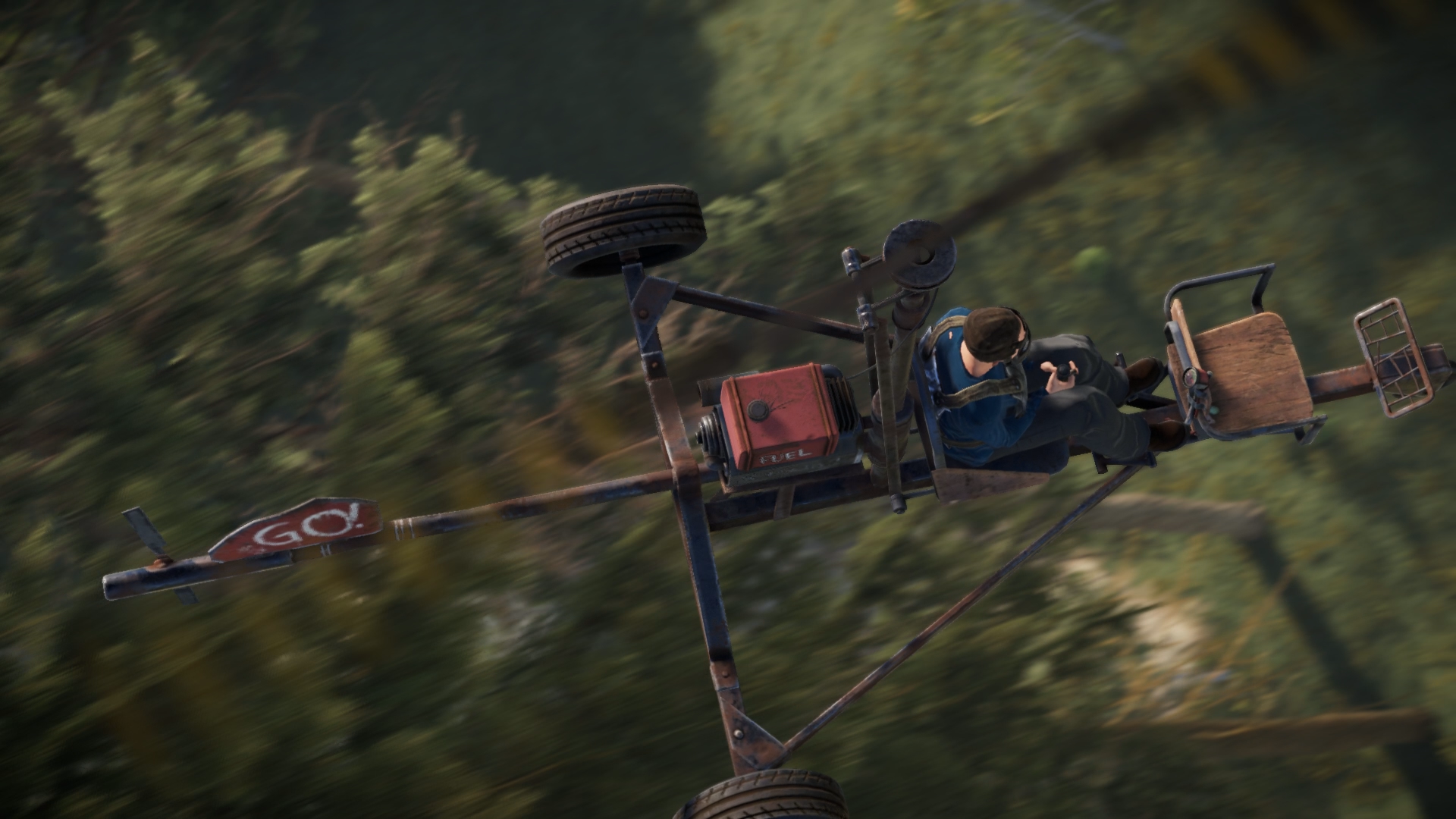 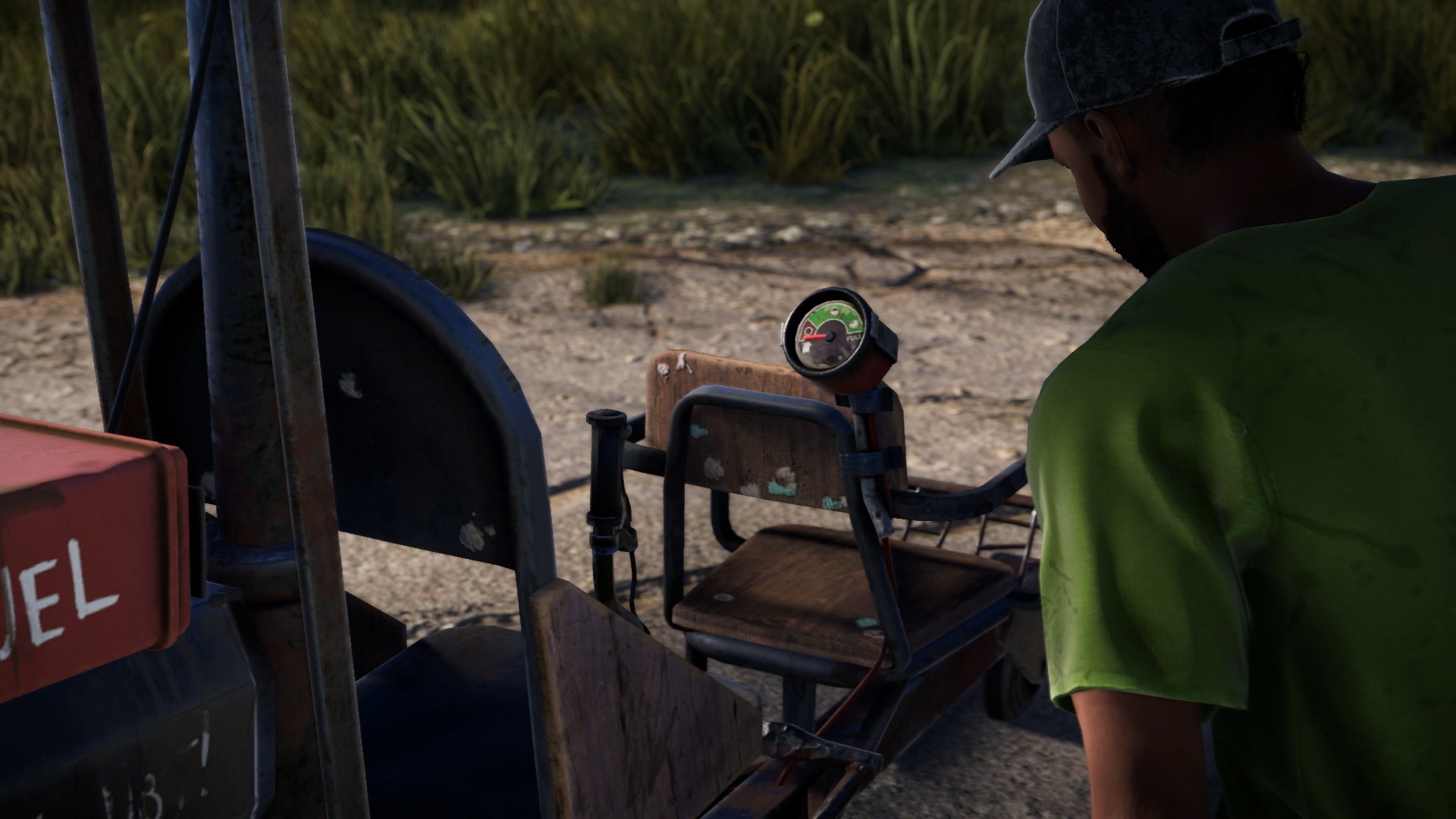 There was a bug in unity where setting the breaking amount or speed of the wheels on a vehicle would wake the vehicle up, even if the value was the same as last time, or even if it were 0. This meant that minicopters never went to sleep and were constantly eating up server performance. To make matters worse they are set to globally broadcast so that you can see them very far away. These two conditions meant that the servers was networking tonnes of data to every client for every minicopter every frame. This was extremely slow on the server and every client as well. The fix I've applied has improved server and client performance and also significantly reduced the amount of network traffic ( the minicopters were accounting for 40%!) testing indicates a framerate improvement of about 1ms or for the average user about 5fps more.

I took this opportunity to flesh out the rest of the minicopter. These elements were designed but disabled due to them being unfinished. You'll now notice that the pilot moves the pedal and the stick. But the big deal here is the fuel gauge. 100 Low Grade or above will read as full. No more alt-looking to check.

Now if I could only fix the deflated HAB collision shape...

Adjusting these values should only be done as a last resort when nothing else helps and a server is nearly unplayable. They can be adjusted at runtime without a server restart right when the server comes under pressure and then be reset once things have calmed down. Facepunch servers will continue to run the current default parameters.

There are also two new convars to disable the procedural eye animations:

Unfortunately, we're unable to launch US small servers today but you can expect to see these live in the coming days.