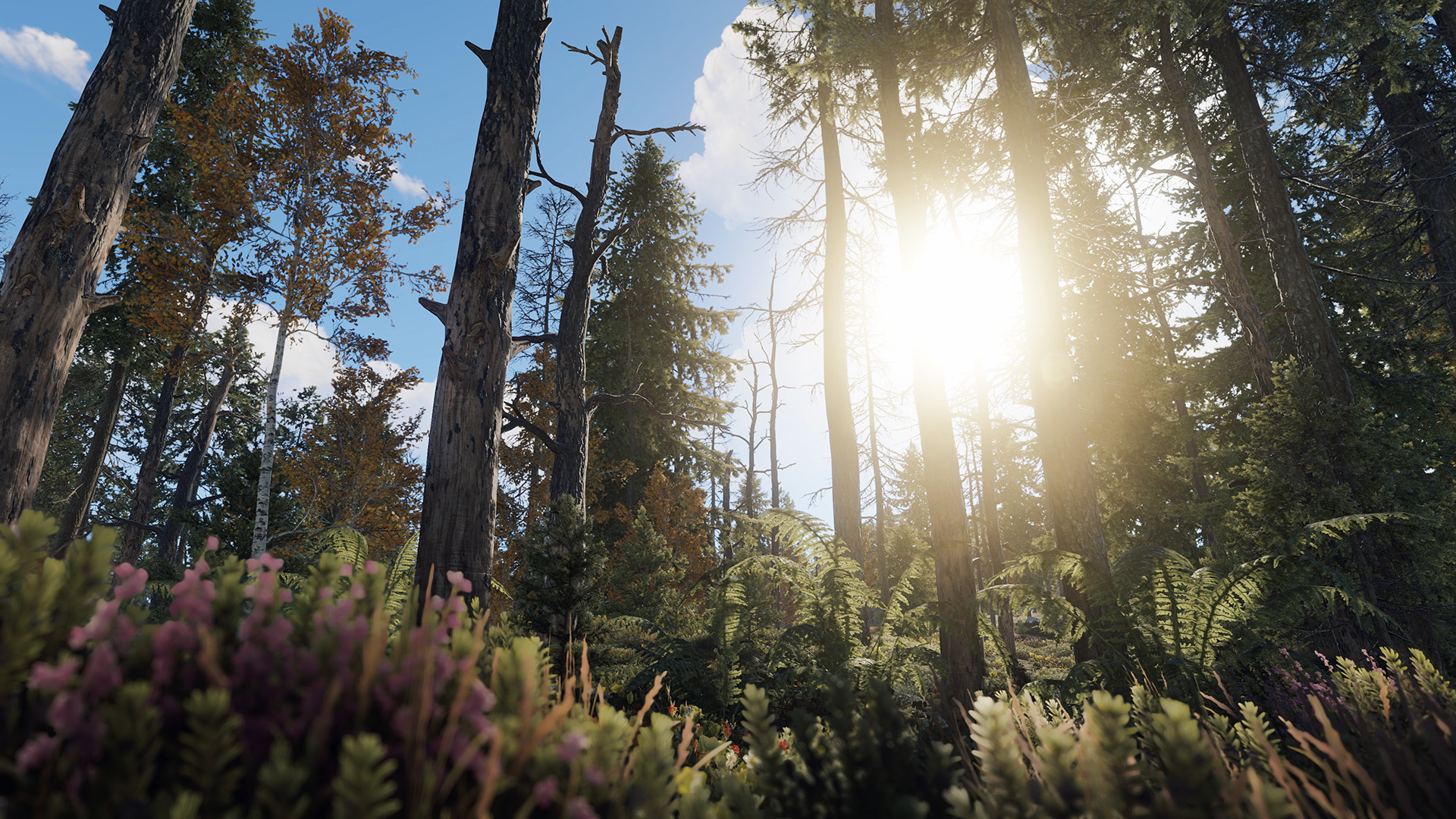 This month's update brings a complete overhaul to Rust's graphics including some changes to monuments, Nvidia Reflex for reduced latency and the usual tweaks, fixes and improvements.

A Whole New World
Vincent Mayeur
This month Rust has received a huge visual update, the biggest to date! From new terrain, trees, rocks, cliffs, decor, grass, monument reworks and so much more.

This is the culmination of work by several people that took place on and off over the last couple
of years. It greatly improves how the game feels and gives it a fresh look. 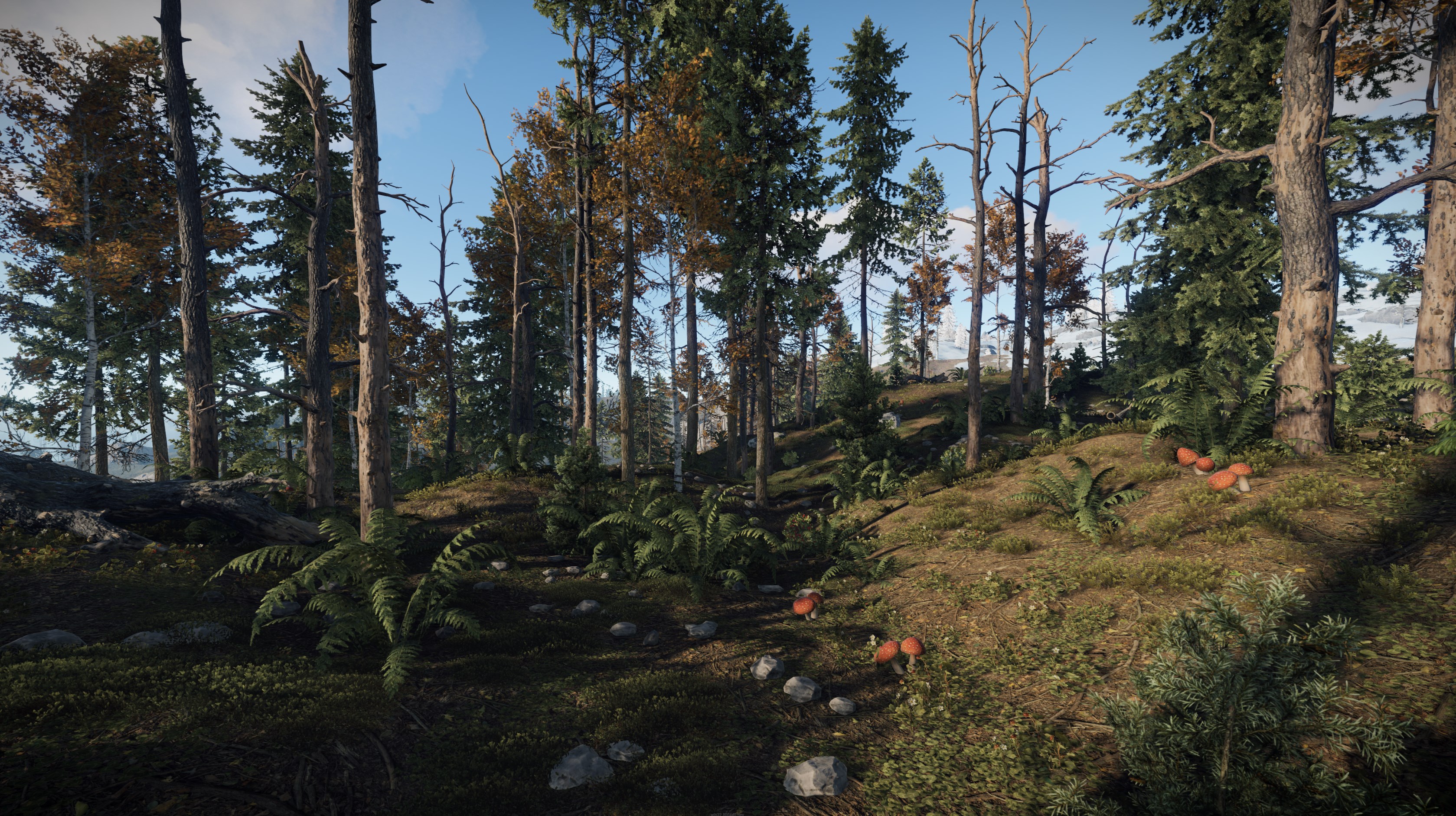 Most of the new visuals were developed alongside the transition of the game to the High Definition Render Pipeline of Unity (HDRP) that we subsequently dropped after unsatisfactory performance results. We didn’t want to waste the efforts made to make the game look better during that time and ported them to the current version of the game instead. 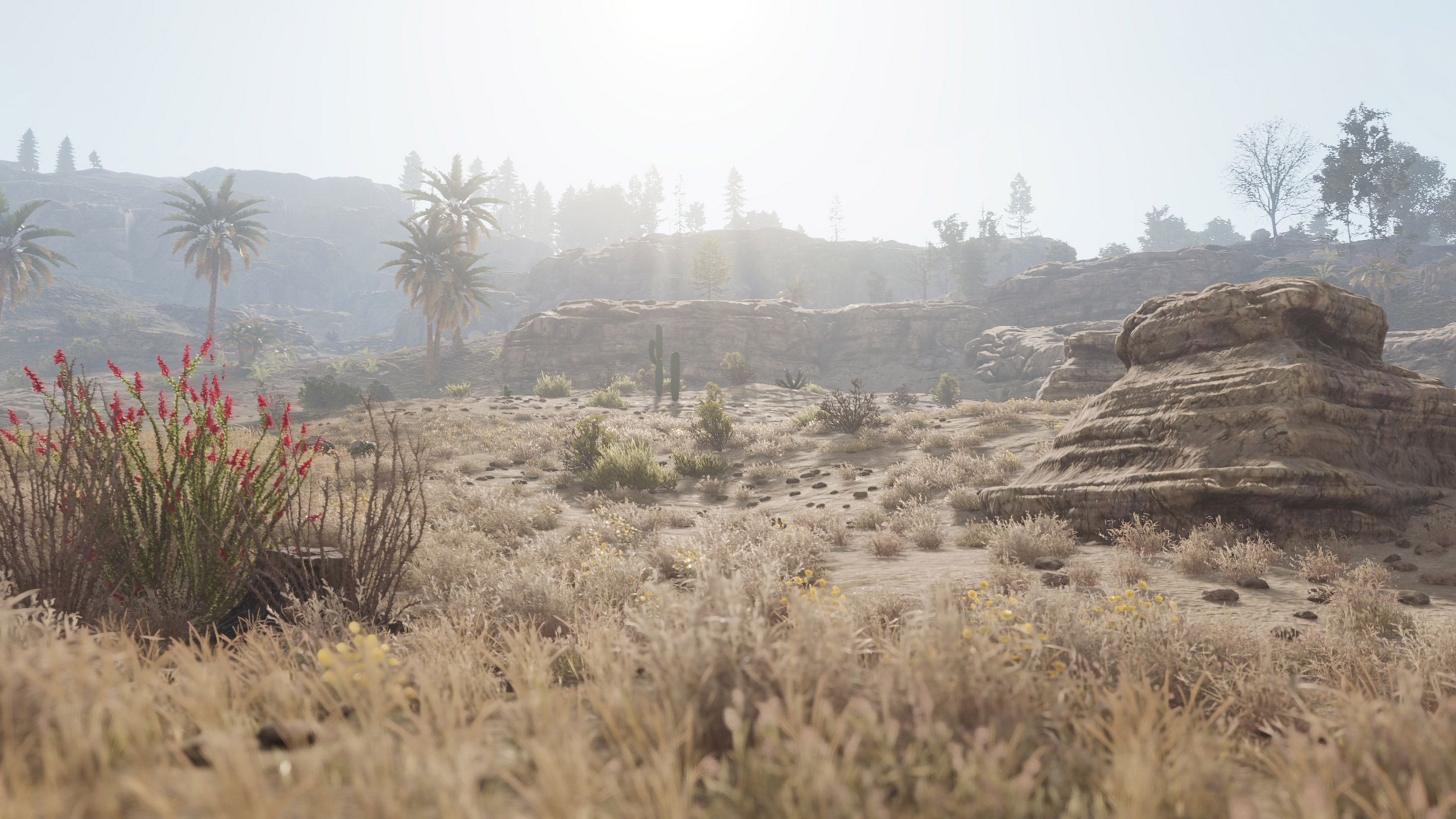 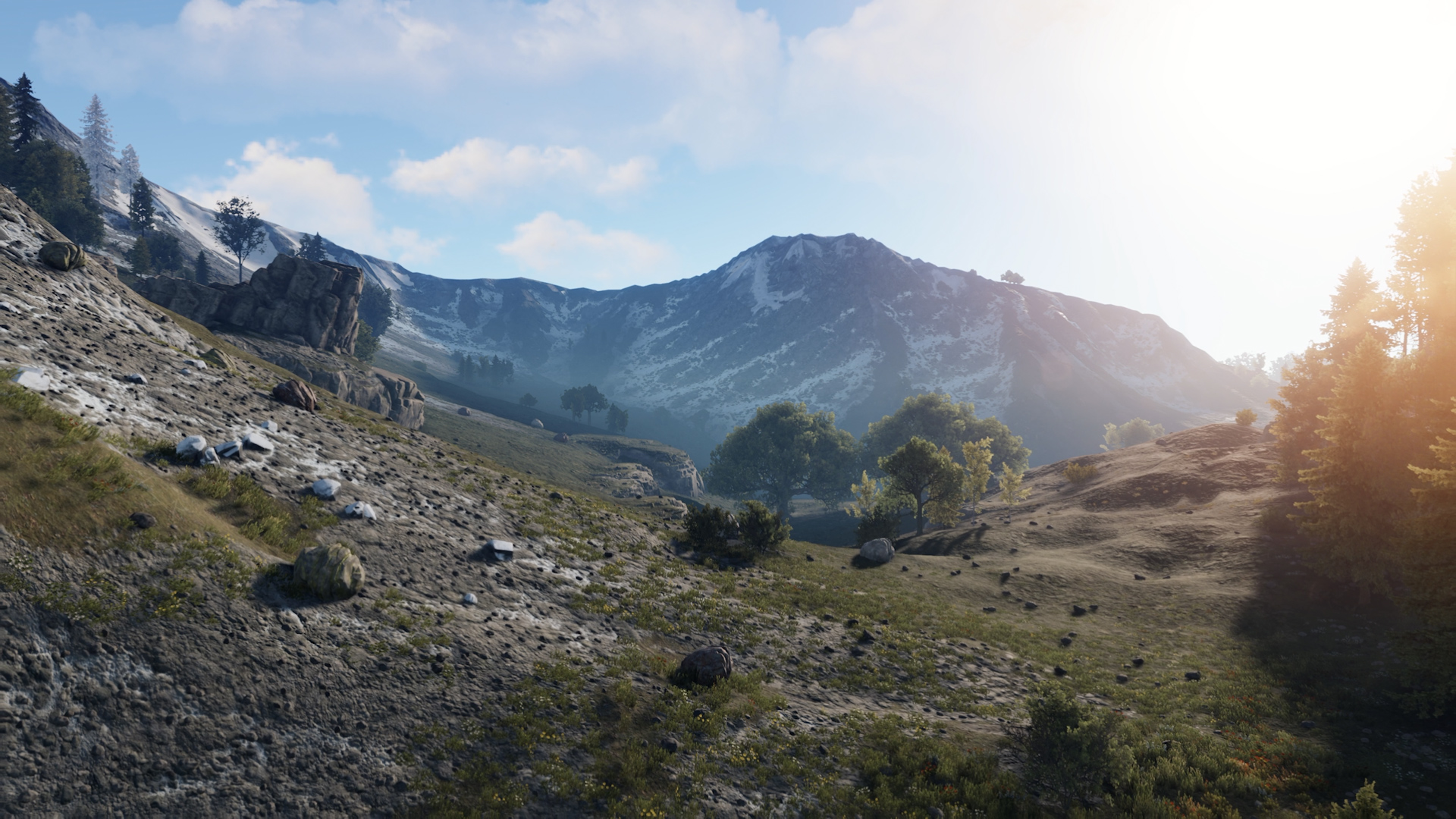 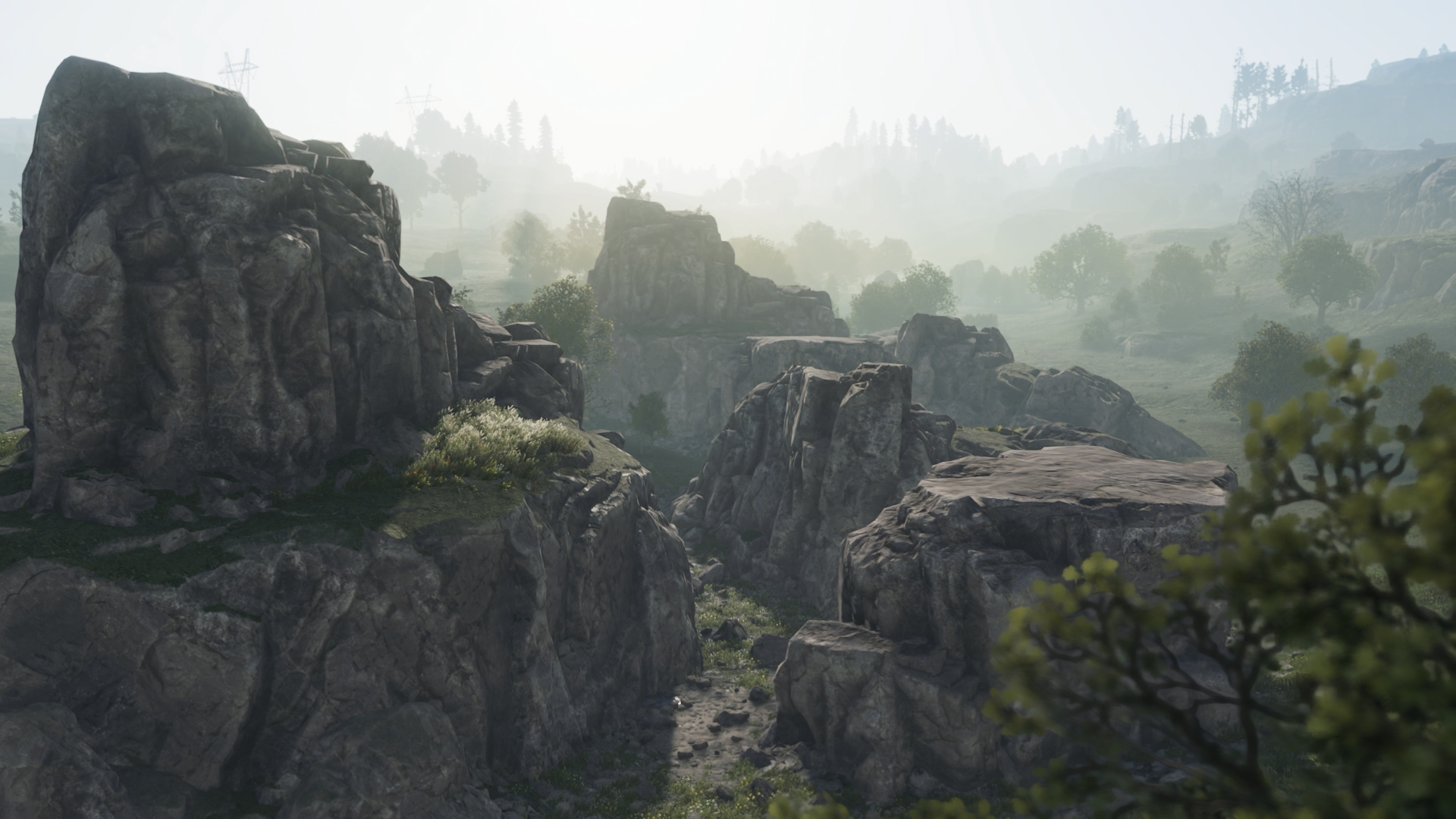 We also took the opportunity in the last two months leading up to this update to fix a vast amount of long-standing issues revolving around monuments, world procedural generation, and exploits.

Below is a comparison of old (left) and new (right).

We re-worked some monuments completely such as the Junkyard, Satellite Dish and integrated many of them inside the procedurally generated world more seamlessly than before. For example, you'll now see larger monuments and hubs now have bespoke subway tunnel entrances within their perimeter. 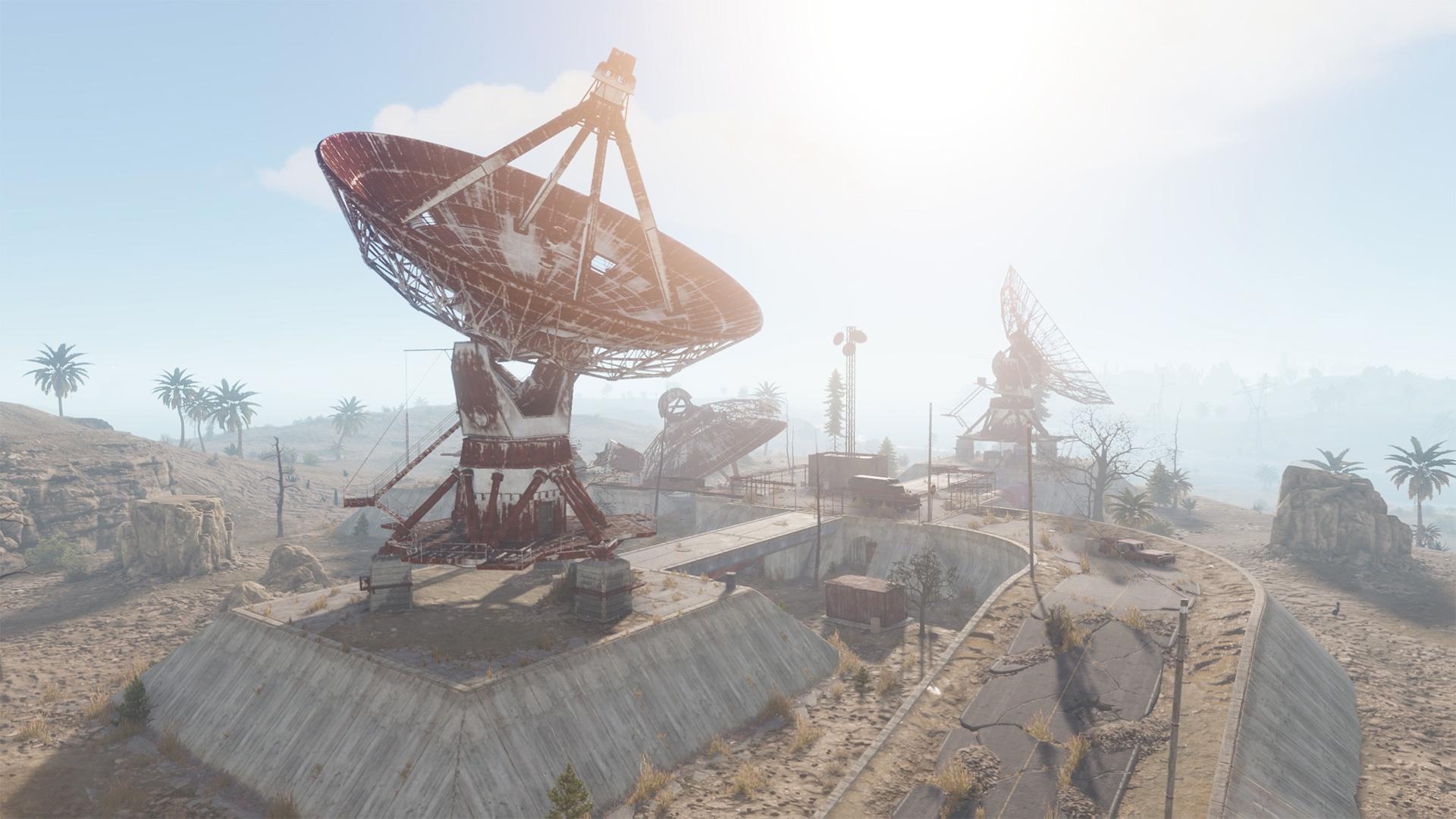 When it comes to performance, we did our best to keep the current status quo or improve upon it in some areas of the game. But since this update adds more content than it removes, we do not expect a major improvement in performance overall. The Bandit Town is known for one if not the worst performance area, and this gave us the perfect opportunity to address this. We reduced the number of NPCs, reduced the forest density and completely remodelled the huts.

This is only touching the surface of changes, and you'll find many more changes and new additions while playing.

Junkyard Revamp & Crane
The junkyard was one of the least visited monuments in the game. The original vision did not translate well to gameplay in practice. We've taken some time during our work on the world revamp to completely redesign it and hopefully eliminate the most commonly complained about issues. Not only did the Junkyard receive a complete visual and layout overhaul, but we've also added a new feature specifically to this monument : The Shredder. 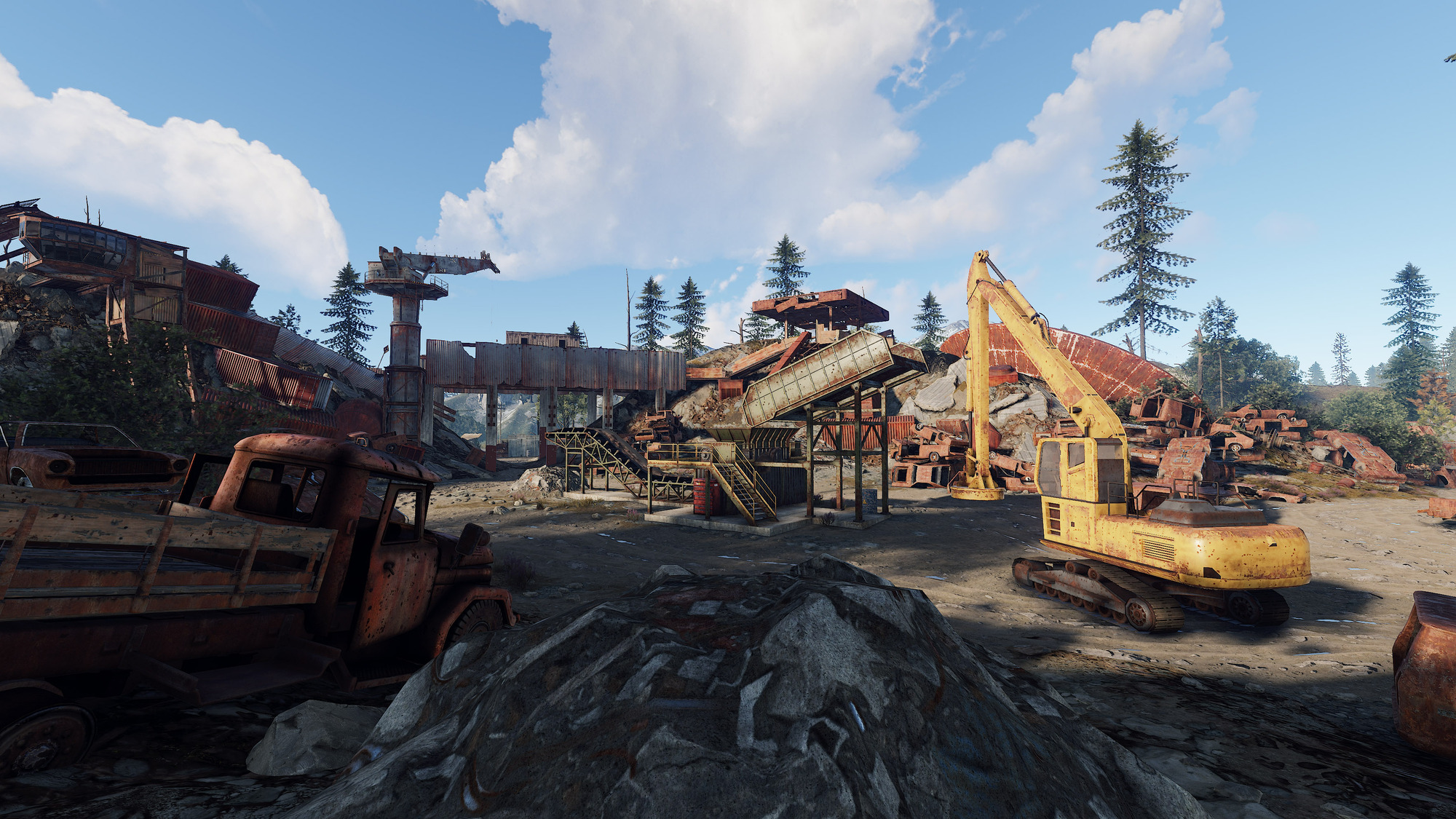 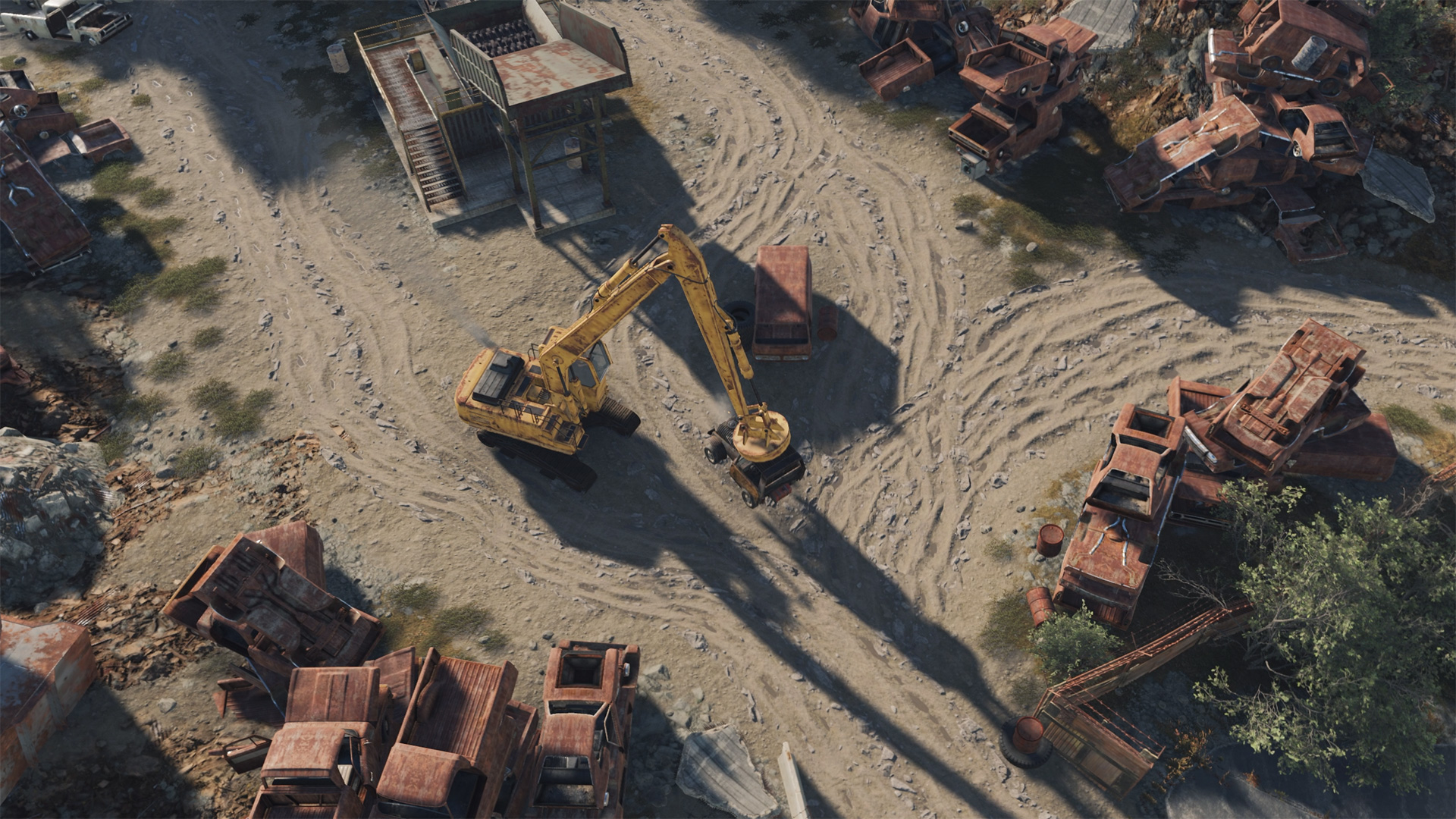 Using the magnet crane found in the junk yard, you can traverse the area and hunt for broken down vehicles. dropping them in the shredder will effectively recycle them and produce scrap and other associated resources. You can also shred modular vehicles by driving them to the junk yard. You will receive 75/100/125 scrap based on the number of modules the chassis supports (2/3/4) You'll also receive a fraction of the resources from the modules on the vehicle. We hope this makes this area far more sought after and a hotspot for action. 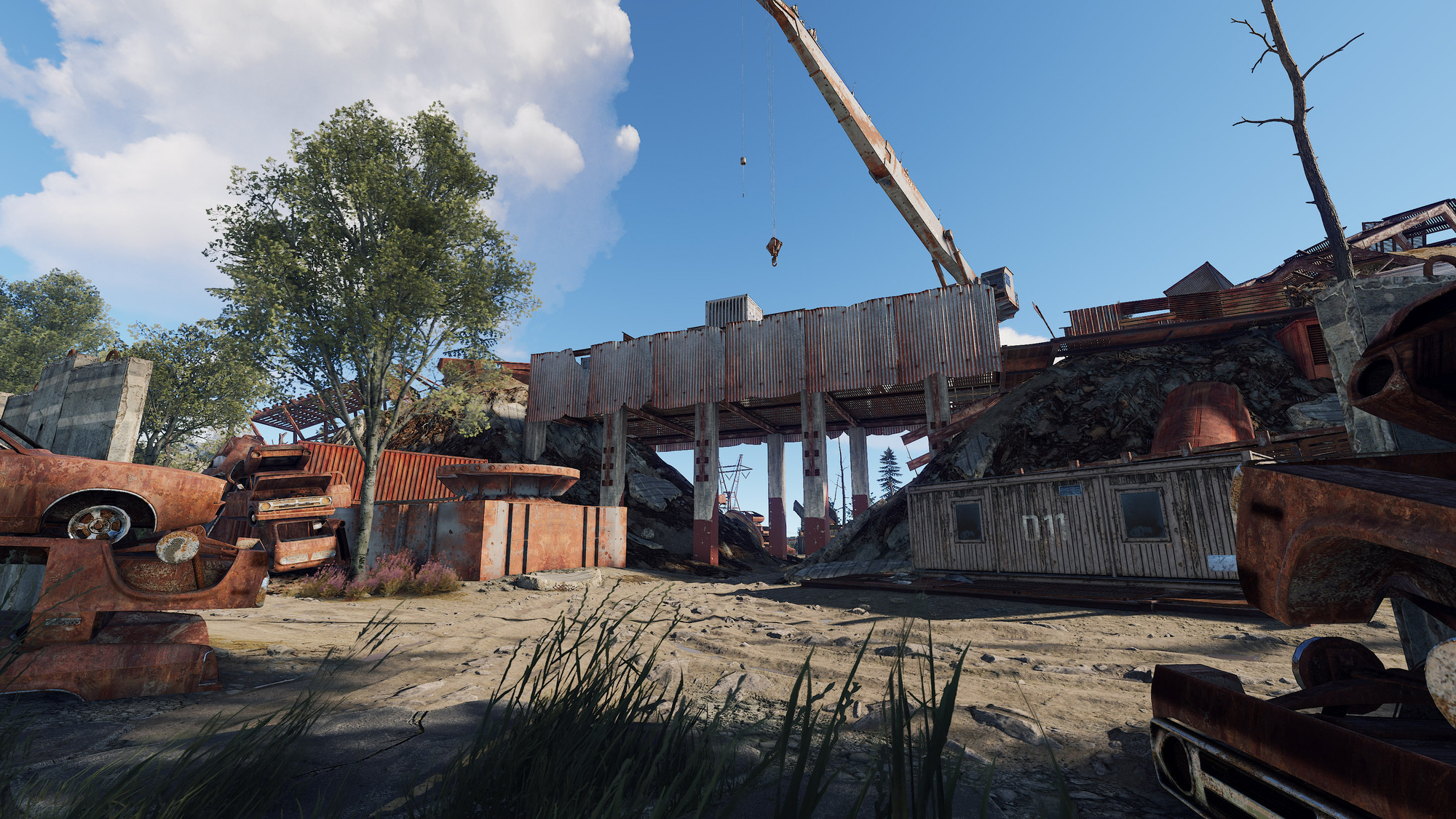 The Magnet Crane is very fragile and will be damaged very rapidly if you depart the junkyard with it.

Bush Displacement
Since the HDRP content backport comes with much nicer foliage, we noticed during playtesting that bushes got in the way when building a base a lot more than with the old foliage. To counteract this, bushes are now removed when building on top of them. Of course bushes won't be gone forever and will automatically respawn in suitable locations around the map.

This uses the same system as trees, which guarantees that a nice and even coverage across the map will be preserved and we don't end up with large areas that don't have any bushes at all.

Nvidia Reflex
Nvidia Reflex is now available! Reflex can be enabled via the options menu for all Nvidia users using GeForce GTX 900 Series or newer. Enabling Reflex has shown up to 38% reduced input latency within Rust. Learn more over at Nvidia. Junkyard Carlift
Public carlift can now be used at the revamped Junkyard
Check out the changelog for more changes.

Community Map Making Contest
Later this month in the community update post we'll be announcing details for the first community map-making contest. If you're interested keep an eye out!